Former Danity Kane Bandmates Aubrey O'Day And Shannon Bex Have Teamed Up To Launch Another Assault On The Pop Charts, As Duo Dumblonde. 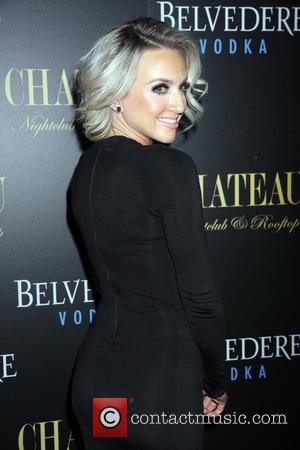 Four of the five members of the all-girl band formed by Sean 'Diddy' Combs in 2005 reunited in 2013, but their plans for a fresh start were derailed on the opening night of their comeback tour last May (14), when Aundrea Fimbres revealed she was leaving the line-up because she was pregnant and engaged.

The Damaged hitmakers decided to continue as a trio, but the group announced its break-up just three months later after singer Dawn Richard allegedly lashed out at O'Day during a studio session.

Now O'Day and Bex have joined forces to relaunch themselves as Dumblonde.

Announcing the new venture with a series of promo pics on Instagram.com on Sunday (29Mar15), O'Day wrote, "Today begins a new chapter. Thank you for always standing by us, this new music project is for u (sic)".

Dumblonde made its debut on the red carpet at the iHeartRadio Awards in Los Angeles on Sunday night, but the stars aren't the only former Danity Kane pals working together again - Richard recruited Fimbres to lend her vocals to her redemption-themed solo single, Phoenix, in January (15).