The model also blamed her insecurity and quest for perfection on her divorce from footballer Jamie O'Hara in 2014.

British glamour model Danielle Lloyd has revealed how her relentless quest to get breast enlargements led to a series of botched surgeries, which led to the breakdown of her marriage and almost caused her to die on the operating table.

The 32 year old model gave a frank and emotional interview on ITV’s ‘This Morning’ on Tuesday (February 9th) as she recounted how she nearly bled to death as her infected breast implants were removed.

“I had loose skin after I had the children, so I had my implants changed, and when I woke up, they were the size of my head and they would not stop growing,” she said about the 2012 incident in which one of her breast implants exploded, leading to a spell in hospital.

“I had a hole on the left side and I wasn't sure what for. I had an infection and I woke up in gunky water. The hospital removed the implants and found a blood clot under the muscle. I started to bleed to death. I lost six pints of blood and you only have 12 in your body.” 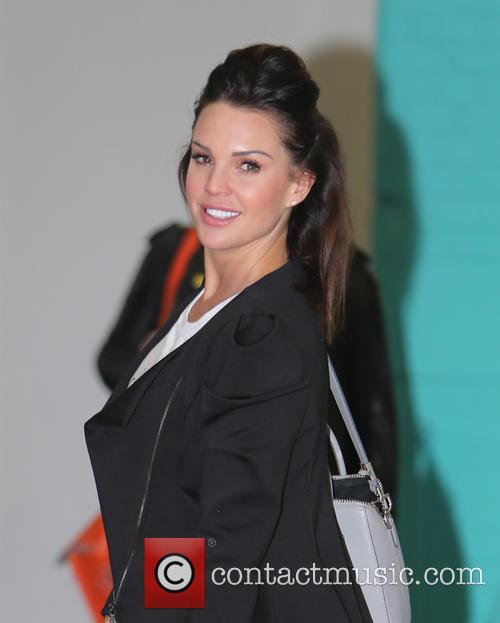 Danielle Lloyd outside the ITV studios on February 9th

In total, the Liverpudlian-born former Miss World star has endured seven surgeries as she was “always striving for perfection”, after she was launched into the world of beauty pageantry at the age of 21, and she admitted that it was this experience that led her to pursue cosmetic surgery.

Lloyd recently appeared on Channel 5’s ‘Botched Up Bodies’, and spoke more about the disastrous effect the surgeries had on her marriage to footballer Jamie O’Hara, as they divorced in 2014. “I was absolutely devastated and I knew I wouldn't have any breasts. I just had sagging skin - it was disgusting. It affected my marriage - I didn't feel confident, didn't like him seeing me naked.”

She warned other girls thinking about the undergoing the same operations to think carefully before doing so, and speaking from her own experience she might have chosen differently if she had the chance.

“I couldn't believe what I had done to my body,” she shared. “I'm lucky to be alive. I wanted to better myself to feel more confident, but I was left with no confidence. I wish I had waited until I was older and more mature, or after I had kids. Natural is better. You don't need cosmetic surgery to be beautiful.”

More: Bob Mortimer reveals he got married to his long-term partner just minutes before his triple heart bypass surgery