Farting corpses aren't for everyone.

The biggest WTF moment of Sundance Film Festival 2016 goes to - drum roll please - 'Swiss Army Man'. Obviously. Because it was so weird that even Daniel Radcliffe's fans walked out on his latest flick where he played a gassy corpse in this weirdly homoerotic comedy drama on Friday (January 22nd 2016). 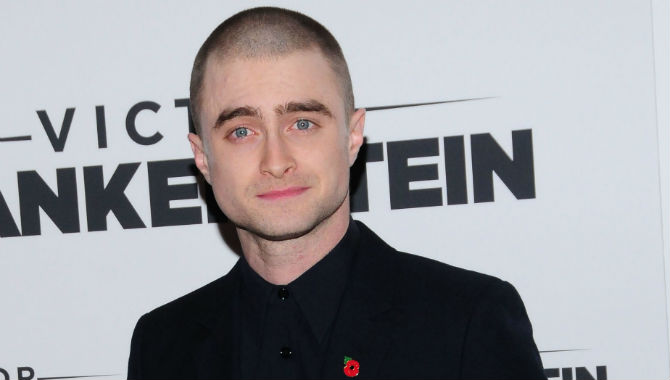 Some may not have liked it, but Daniel Radcliffe had a ball on 'Swiss Army Man'

A lot of people were excited about the premiere of this unique indie film starring Radcliffe and 'Love & Mercy' star Paul Dano, perhaps thinking that it would be an unusual take on 'Cast Away'. However, it was so much more bizarre than that. Billed as a film about a man stranded on a desert island who finds an unlikely companion in a washed up corpse, it was exactly that but with a supernatural - and slightly immature - twist.

The body, played by Radcliffe, is constantly farting throughout the entire film while sporting an awkward erection. These traits are not just comedic whims though, they are essentially superpowers. The lost traveller, played by Dano, is able to use the body as an escape vehicle powered by farting, while that awkward erection acts as a GPS. The weirdness by no means stops there, as those who deigned to stay in the theatre will have discovered. By the end, the corpse has come back to life and even shares a kiss with his 'rescuer'. There is some depth to the story though; it deals strongly with themes of mortality, loneliness and the meaning of life, but it's unclear how much of that came across to the baffled viewers.

'Swiss Army Man' was directed by Daniel Kwan and Daniel Scheinert, who admitted in a Q&A that it was originally just a jokey idea. 'Originally it was just a fart joke that Dan made to me', said Scheinert. 'And then, joking along the way about how the man riding a farting corpse could be a feature, we stumbled on something really personal. It was an opportunity to explore mortality and big ideas but with fart jokes.'

More: Read our review of 'Horns'

Meanwhile Radcliffe, who has appeared in a number of indie films since 'Harry Potter', most of them a little bit different ('Horns', to name one example), admits it simply wasn't an opportunity he could miss. 'The chance to play a dead guy in this context was too much fun to pass up', he said.