Richard Griffiths is laid to rest

Daniel Radcliffe wept for his late 'Harry Potter' co-star Richard Griffiths at his funeral in Stratford-upon-Avon yesterday (09.04.13), where 200 mourners paid tribute to the star. 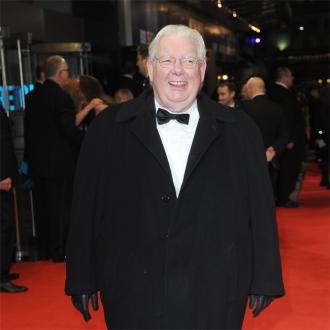 Daniel Radcliffe was one of 300 mourners to mourn Richard Griffiths at his funeral yesterday (09.04.13).

The 'Harry Potter' actor wept for his co-star, who played his cruel uncle Vernon Dursley in the wizard franchise, as he was laid to rest at the Holy Trinity church in Stratford-upon-Avon, West Midlands of England, where poet William Shakespeare was buried.

An mourner told the MailOnline website: ''Daniel was clearly very fond of Richard, as anyone who ever met him was, and was crying quite openly in church.

''It was a beautiful service and Richard would have been touched by how many people turned up to say goodbye. Richard was a tremendous character and the service was full of laughter and tears as his life was remembered with immense warmth and affection.''

Many stars attended the service and laid flowers including Dame Judi Dench - who appeared with him in 'Pirates of the Caribbean: On Stranger Tides' - and Richard's 'Withnail and I' co-star Richard E. Grant, whose message read: ''To my beloved Uncle Monty, chin chin, all my love Richard E. Grant.''

A photo of Richard as his famous role of Hector from 'The History Boys' was printed for each of the guests, accompanied by the poem 'Late Fragment' by Raymond Carver.

A selection of verses were read out, with former Bond girl Carmen Du Sautoy reading from 'Ecclesiastes' and TV star Penelope Wilton reciting Richard's favourite poem by Edward Lear, 'The Owl and the Pussycat'.

Richard passed away in March after complications following heart surgery. The actor is survived by his wife of 33 years Heather Gibson.