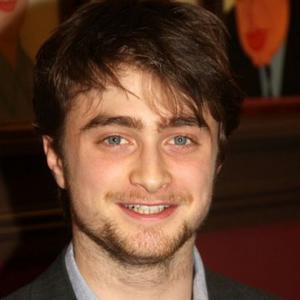 The actor - who has the title role in the hit wizarding movie franchise - was named fifth richest in the young millionaires category , with a fortune of Â£42 million, and his co-star Emma Watson, who plays Hermione Granger, was placed joint 10th with a Â£22 million fortune.

Rupert Grint, who plays Ron Weasley in the films was placed 12th in the list - which takes into account the earnings of stars aged under 30 - with an estimated Â£20 million wealth.

Former 'Harry Potter' actor Robert Pattinson, who has gone on to find success as the star of the 'Twilight' series of films, is placed 14th on the list with a Â£13 million fortune.

The top spots on the young millionaires list were taken by inheritors and businessmen.

A source said: "The 'Harry Potter' franchise has been massively successful worldwide and boosted the UK economy, taking hundreds of millions at the box office. Five of the franchises films are in the top twenty highest grossing of all time and although its stars were just children when it started I don't think anyone could have guessed exactly how successful this was going to be. They have all still worked very hard for their places on this list, and it shows the once again healthy state of the British film industry."

J.K. Rowling, who penned the series of children's books the movies were based on, topped the author's list with a fortune estimated at Â£519 million.

'Pirates Of The Caribbean' star Keira Knightley was also rated highly on the young rich list with an estimated fortune of Â£28 million, earning her seventh place.

In the field of music, Leona Lewis and ex-child star Charlotte Church were rated joint 16th on the young rich list with Â£11 million, while Cheryl Cole was rated 20th with Â£10 million.

In the main list of Britain's 1,000 richest people, Lakshmi Mittal and was named the country's most wealthy, with a fortune of Â£22.45 billion, which has more than doubled in the last year from Â£10.8 billion.