Radcliffe For An Oscar? ‘Kill Your Darlings’ Snapped Up At Sundance 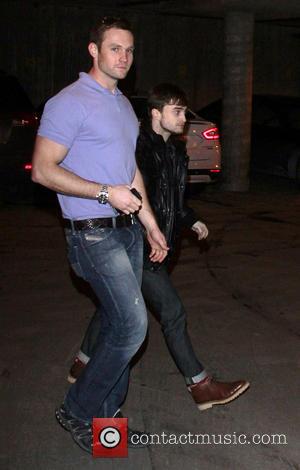 Kill Your Darlings, a movie starring Harry Potter star Daniel Radcliffe as a young Allen Ginsberg, has been snapped up by Sony Pictures Classics following its screening at the Sundance Film Festival. The deal is for U.S, Australian, New Zealand, South African, African TV and Eastern European rights.

The film explores how a 1944 murder brought together the young college students who would go on to become the voices of the Beat Generation. As well as Radcliffe, Kill Your Darlings stars Ben Foster, Dane DeHaan, Michael C. Hall, Jack Huston and Elizabeth Olsen. “This is an amazing movie, a great American drama, thriller, and perfect evocation of New York in the 1940′s as you have never seen on screen before,” Sony said in a statement. “With an ensemble cast that is truly mind-blowing led by Daniel Radcliffe in a profoundly moving performance as Allen Ginsberg, we are witnessing the birth of a major new American filmmaker.”

There has certainly been a clear buying trend at Sundance 2013, with Radcliffe’s movie the latest to be snapped up in super-quick time. The most high profile acquisition was The Way, Way Back – a comedy starring Steve Carell, Toni Colette and Sam Rockwell that Fox Searchlight thought was strong enough to splash $10 million on. The film has a pretty decent pedigree, with Academy Award winning writers Nat Faxon and Jim Rash getting behind the camera for their debut flick. Elsewhere, Jennifer Coolidge’s comedy Austenland found a home at Sony ($4 million), though all eyes were on big-wig Harvey Weinstein, a man known for picking up undiscovered gems at film festivals and turning them into Oscar contenders. This year, he opted for Fruitvale, a drama starring The Wire’s Michael B. Jordan that focuses on police brutality. “I was completely amazed by this incredible film. This earth-shattering story is one that needs to be told, and we are honored to be able to share Oscar’s story with audiences everywhere,” said Weinstein in a statement.

Expect to see Oscar-nominated actress Naomi Watts at the awards ceremonies in 2014 or 2015, following Exclusive Releasing’s acquiring of drama Two Mothers, in which she and Robin Wright sleep with each other’s kids. CBS Films picked up the ‘Stand By Me’ inspired flick Toy’s House, while the Linda Lovelace biopic Lovelace – starring Amanda Seyfried – is now the property of Radius (owned by the Weinstein Company).

Watch Daniel Radcliffe Leaving The ABC Studios In A Hurry!