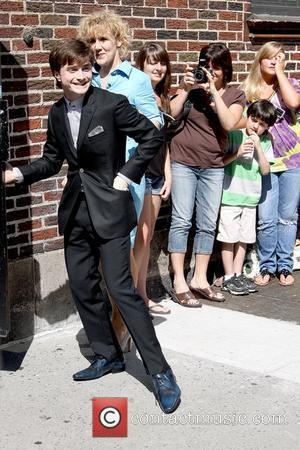 With home-video sales well off their pace from a year ago, producers of Harry Potter and the Half-Blood Prince have decided to load the DVD package with a plethora of extras, including detailed descriptions of how the special effects were achieved, Video Business magazine reported today (Monday). Producer David Heyman told the trade publication that in the past, he had been reluctant to include such material on the DVD version. "There was a part of me that doesn't like extras, because I like the mystery of it all. But with the market being the way it is, it's important to make the title as attractive a proposition as possible," he said. the DVD set will also include a documentary, J.K. Rowling A Year in the Life , in which the writer of the Harry Potter tales describes her writing process. "She doesn't give many interviews, and then you go to editing with Dan[iel Radcliffe], stunts with Rupert [Gint], and also hear them talk about their characters -- their likes and dislikes -- that's great," Heyman said. Director David Yates also hinted that the next Harry Potter movie is likely to stir up considerable controversy since it will feature in one sequence a naked Daniel Radcliffe embracing and kissing co-star Emma Watson with Rupert Gint reacting. "It's something intriguing and sensual," Yates remarked of the scene. Radcliffe recently bared all for his appearance in the stage revival of Equus. Meanwhile, Sony Home Video said on Friday that it, too, will be boosting the extras factor in its home-video release of the Michael Jackson concert documentary This Is It on January 26. The DVD and Blu-ray versions, it said, will include an additional 90 minutes of material.