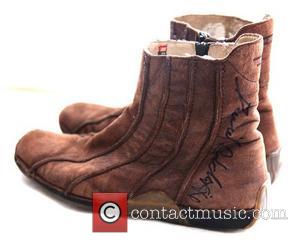 Daniel Radcliffe once wrote a grovelling apology to his Harry Potter co-star Robbie Coltrane after an on-set phone prank went too far.

The Scottish actor, who played half-man, half-giant Hagrid in the wizard franchise, was fuming when he discovered the young star had changed the language settings on his cell phone, leaving him unable to make calls.

Radcliffe felt so guilty for inconveniencing his friend with the practical joke, he gave him a handwritten letter to say sorry.

Coltrane recalls, "Because my phone was now in Turkish nobody could work out how to change it back into English and it became a bit of a problem.

"Eventually we found a girl in the Harry Potter make-up department who was Turkish Cypriot. She phoned her mum and was chatting away in great detail until they sorted it out. I think Daniel was so upset at what had happened that he wrote me that note... (which read,) 'Dear Mr. Coltrane, I'm sorry I changed your mobile telephone into Turkish...'"