Rear of the Year winner Daniel Radcliffe has promised to ''get his butt out a lot more'' in the future. 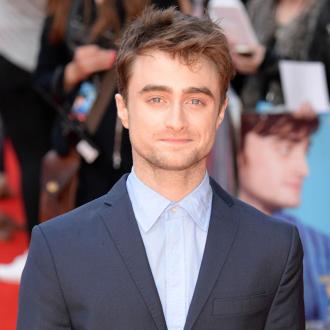 Daniel Radcliffe has promised to bare his butt more often.

The 25-year-old actor recently beat off competition from the likes of Idris Elba, Jamie Dornan and tennis player Andy Murray to be named Rear of the Year 2015 and is thrilled to have taken the ''prestigious'' honour.

He said: ''Thank you to everyone who voted for me for Rear of the Year. It's a very prestigious honour. I promise to...get it out a lot more in the future.''

And the 'Victor Frankenstein' actor joked he had been campaigning to win the accolade ''for years'' and hopes his prize earns global recognition.

He added to E! News: ''I've been campaigning for years.

While Daniel joked he'll be getting his butt out more in future, his bare derriere is nothing new for fans, thanks to his starring role in the thriller movie 'Horns', in which he appears naked, and he also famously took his clothes off to play the part of Alan Strang in the stage show 'Equus'.