Daniel Radcliffe's award is one thing, but that hair is very much another.

Daniel Radcliffe said he was “deeply honoured” to pick up the best actor award at the 2014 WhatsOnStage Awards in London last night – an evening which saw the Harry Potter actor reunite with his erstwhile colleague, Rupert Grint, the Ron to his Harry. 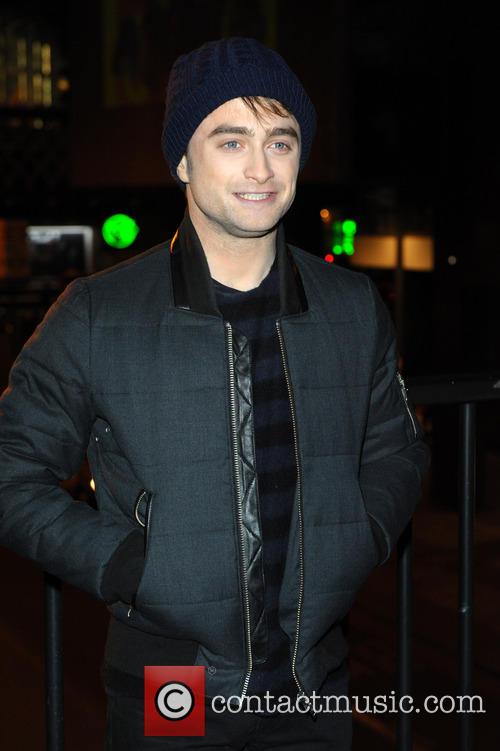 Daniel Radcliffe - who knows what's going on under that hat?

Upon accepting his award, Radcliffe said: "I am deeply honoured to receive this prestigious award and I accept it on behalf of the whole cast, who together helped make this production of The Cripple of Inishmaan a truly joyous experience for me as an actor," according to The Telegraph.

The play is set to open at Broadway's Cort Theatre on April 12 following a hugely successful stint in London. All of the original cast, including Patt Shortt who stars as gossip Johnny Pateen Mike, will appear in the New York production.

It saw him sport an Irish accent, which the 23-year-old-actor believed was funnier than the English one. “It’s a fun accent to talk in and the stuff that wouldn’t necessarily be funny in an English accent for some reason is just funnier in an Irish accent,” he said.

But the award has been superseded by the news of Radcliffe’s hair, such is the fickle nature of the press. He does have pretty long hair, though, and considering the Fulham-born actor has revealed that he’s sporting hair extensions for his upcoming Frankenstein role, his follicles have become newsworthy.

"I don't mind how it looks but I mind dealing with it. I don't know why any man would have it voluntarily,” he explained. “The amount of work it takes, having to dry it - doing anything to it is a f**king nightmare. I do have a whole new sympathy for women. I wouldn't be growing my hair this long in my own time."