Daniel Radcliffe Wants To Go Back To The Future

Daniel Radcliffe Back To The Future Harry Potter McFly

Daniel Radcliffe wants to star in a remake of 'Back To The Future', taking on Michael J. Fox's role of Marty McFly. 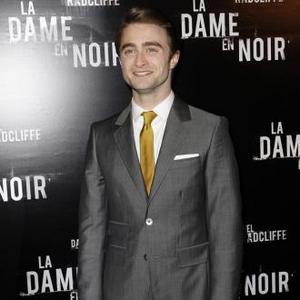 Daniel Radcliffe wants to star in a remake of 'Back To The Future'.

The 22-year-old actor - who is best known for playing the title role in the 'Harry Potter' franchise - would be keen to take on the role of Marty McFly if a new version was ever made.

Speaking about the film - which starred Michael J. Fox - Daniel told The Sun newspaper: ''If there were a 'Back to the Future' remake I would be in it. I fancy myself as a Michael J. Fox - sort of short and quite hyperactive. That sounds like me.''

Following the end of the 'Harry Potter' films, Daniel has been branching out his acting roles but recently revealed working from a young age made him protective over other youngsters on set.

He said: ''I'm always very protective of kids when they come onto film sets obviously because of my background.

''I had an amazing time on those first films - I had such a great experience and I always sort of feel some sort of obligation to make sure that they have a good time as well. And my real-life godson plays my son in the film, so there is an actual chemistry there and he's known me all his life and he's incredibly sweet, and actually really good in the film as well.''