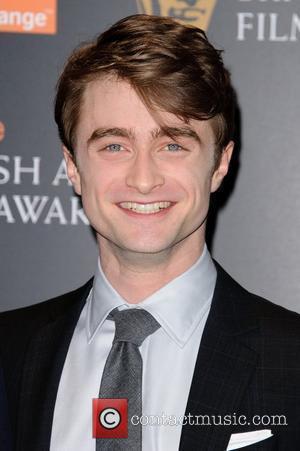 Daniel Radcliffe may have amassed a fortune with his acting but the Harry Potter star has revealed that he has a secret ambition to become a poet. Radcliffe will shortly be making a spine-tingling appearance in the nation's cinemas in the screen adaptation of The Woman in Black and, ahead of the film's UK premiere in London tonight, he has told reporters that not only does he enjoy writing poetry but he has his very own muse - in the shape of his girlfriend Rosie Coker.
A story from The Mirror today (January 24, 2012) reveals that Daniel has already had a poem published, attributed to his nom de plume, Jacob Gershom. He admitted that he is a self-critical writer and told reporters "I'm writing things down then immediately dismissing them when, in actual fact, I should be just writing." And he admitted that it's Rosie who motivates him to carry on writing: "She stands there behind me, encouraging me and any time I'm like, 'I can't write any more' she goes, 'No, no, no, let's just write.' She is very encouraging."
Daniel met Rosie around five years ago and the couple have been working together recently, on the set of Woman In Black, which also features the Oscar nominated Janet McTeer. Radcliffe plays the role of Alfred Kipps, a young lawyer who leaves his son in London, to deal with a deceased woman's estate, only to find himself confronted with a vengeful ghost who's terrorizing an entire village. The film opens in the UK on February 10, 2012.