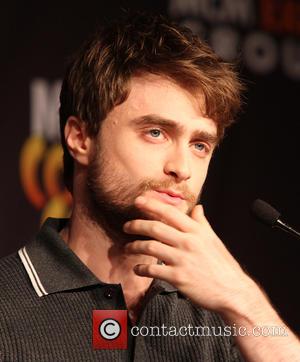 British actor Daniel Radcliffe stunned fans during an appearance on late-night Tv in America on Tuesday (28Oct14) when he showed off his hip-hop skills by rapping his way through Blackalicious' tongue-twisting track Alphabet Aerobics.

The Harry Potter star revealed he is a big fan of hip-hop and took it upon himself at a young age to memorise all the lyrics to hits like Eminem's The Real Slim Shady.

During an interview on America's The Tonight Show Starring Jimmy Fallon, he explained, "I think initially I got into Eminem and... I think I was the first kid in my class to learn all the words to The Real Slim Shady... There's also a guy called Plan B in England (who I'm a fan of)... but I've always had kind of an obsession with memorising complicated, lyrically intricate and fast songs..."

Host Jimmy Fallon then asked Radcliffe if he knew the words to Blackalicious' 1999 release Alphabet Aerobics, to which he replied, "Yeah, that would be one of them (songs he's memorised)."

A shocked Fallon then commented, "That's one of the trickiest, fastest songs I know", before producing a microphone and handing it to Radcliffe, challenging him to step up to the mic.

The 25 year old gamely accepted the task and, backed by the show's house band The Roots, went on to perform a word-perfect rendition of the song, much to the studio audience's delight.