Check out the unusual trailer for the upcoming film.

Daniel Radcliffe and Paul Dano star in one of the more eccentric independent flicks of the year, the Sundance-selected 'Swiss Army Man'. It follows the adventures of a stranded wanderer and his discovery of an apparently dead man with extraordinary abilities. 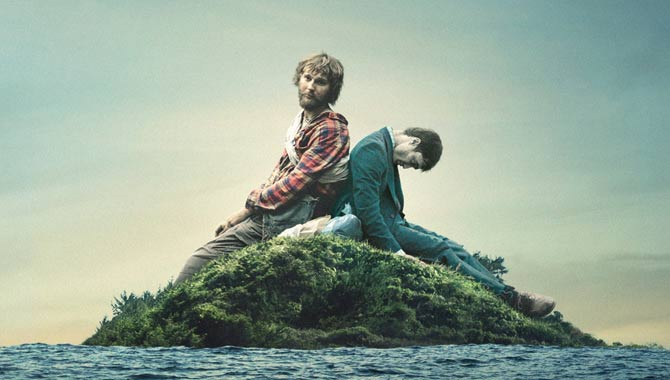 It's like an increasingly bizarre take on 'Cast Away', though instead of a volleyball named Wilson, our marooned man finds a friend in the washed up cadaver of a young man. Hank (Dano) believes that he's going to starve to death on this isolated island he finds himself stranded on, and makes plans to end it the easy way. But when he meets Manny (Radcliffe), his whole perspective changes.

This flatulent, lifeless carcass is potentially Hank's only tool to get home - and even more so when it appears that it has the ability to speak. Hank is almost certain that famine is causing him to have delusions, but how can he explain away Manny's capacity to chop wood, spout fresh water and fart his way across the ocean as an unconventional jet ski?

The movie has been directed and written by top music video producers Dan Kwan and Daniel Scheinert (known as Daniels, and responsible for the likes of DJ Snake & Lil Jon's 'Turn Down for What' and Passion Pit's 'Cry Like A Ghost') in their full-length feature debut, and also stars Mary Elizabeth Winstead as Sarah ('10 Cloverfield Lane') as a character called Sarah.

Radcliffe follows up this comedy adventure with appearances in 'Now You See Me 2' and terrorist thriller 'Imperium', while Dano (who recently appeared in the mini-series 'War & Peace') is set to start work on Joon Ho Bong movie 'Okja'.

The film won the Directing Award at the 2016 Sundance Film Festival where it was also nominated for the Grand Jury Prize, despite receiving mixed reviews for its surreal premise and scatological humour. Apparently, not everyone's into farting corpses. Who knew?