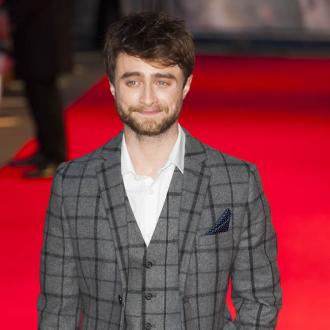 Daniel Radcliffe is to star in 'Swiss Army Man'.

The 25-year-old actor will star alongside Paul Dano and Mary Elizabeth Winstead in the surreal dramedy directed by Daniel Kwan and Daniel Scheinert.

'Swiss Army Man' follows what happens when a hopeless man, struggling through a wilderness meets and befriends a dead body. Together, the pair undertakes a weird journey to get home, according to Variety.com.

The actor best known for playing 'Harry Potter' is also in talks to star in a new drama about the creator of the 'Grand Theft Auto' video game.

Daniel is in talks to play Sam Houser, the British-born co-founder of software developer Rockstar Games who became embroiled in a row with lawyer Jack Thompson in the early years of this century.

Thompson - a born-again Christian activist - was determined to see the video game curb its violence, because he thought killings in such games encouraged young players to carry out attacks in real life.

The film, which is presently titled 'Grand Theft Auto', is to be helmed by up-and-coming British director Owen Harris, with BBC Films broadly responsible for putting the project together.

The screenplay has already been produced by James Wood and is based on the book 'Jacked: The Outlaw Story of Grand Theft Auto', which was published in 2012.