Daniel Radcliffe thinks people expect him ''to be an absolute a**hole,'' but insists he's more down-to-earth than most former child stars. 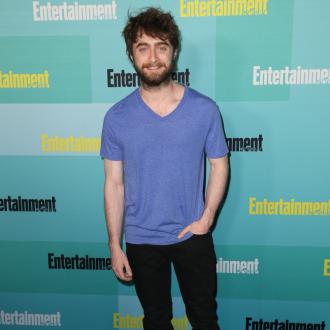 Daniel Radcliffe says people expect him ''to be an absolute a**hole.''

The 26-year-old actor, who landed the lead role in the 'Harry Potter' franchise when he was 11, insists he's more down-to-earth than most former child stars.

He said: ''When I did my first non-Potter film, 'December Boys' [in 2007], I became good friends with one of the make-up and hair teams. After a few weeks, I said, 'So, honestly, what did you expect when you were going to get me?' And they said, 'We thought you were going to be a d**k.' Because that's the notion people have in their heads of child stars. People expect me to be an absolute a**hole. And when I'm not, that always plays in my favour.''

Daniel managed to maintain levelheaded at the height of his fame because he ''f**king loved the work'' and didn't want to ruin his reputation.

The British actor told Playboy's 20 Questions: ''I loved it from the word go. I loved being on set. I loved the hours. I loved the people. I loved the crazy, weird s**t I got to do every day. Acting was the focus for me, and I wasn't going to do anything to jeopardise being an actor.''

The 'Kill Your Darlings' star feels more famous now even though the last 'Harry Potter' film was released in 2011.

He explained: ''Here's what's scary: If you were 14 when the first film came out, you'd now be almost in your 30s and could well have a child under 10 whom you're now introducing to Harry Potter. We're already getting the next generation. That's just bizarre. It's never going away.''