The star came to the aid of a targeted London tourist.

It was either the worst day or the best day ever for one mugging victim in London last week, who was robbed and attacked with a knife in the street, only for Daniel Radcliffe to show up on the scene and offer some words of comfort. 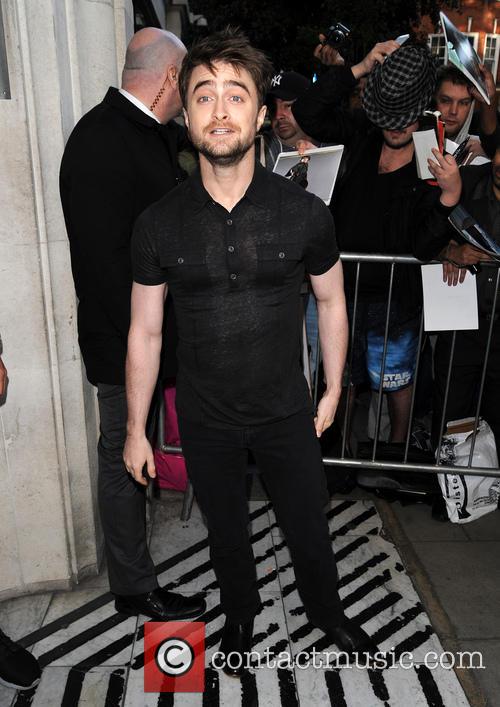 The 27-year-old 'Harry Potter' star was seen sitting with the shaken victim, who was a tourist in London for a few days, following the vicious attack which took place off King's Road in Chelsea on Friday night (July 14th 2017). A representative for the actor confirmed his actions, though declined to comment further.

A witness named David Videcette, who was driving when he saw the assailants acting suspiciously on their mopeds, described how they pulled out a knife, slashed their victim in the face and made off with his Louis Vuitton bag.

'I decided to call the police and told them they needed to come and have a look', he told the Evening Standard. 'No sooner than I was on the phone to them that I saw one of them reaching for something in his waistband. I realised they were getting ready to do something. I cruised behind them in my car and they darted down a side street. I'm still on the phone to the police.

'Then one of them gets off and attacks a man with an expensive looking Louis Vuitton bag on the pavement. They grappled with him on the pavement. He wasn't going to give up the bag willingly. I tried to ram the bike with my car but I wasn't able to. They slashed him in the face with the knife and made off down the King's Road. I tried to follow them but I lost them as they were jumping red lights.'

In regards to Daniel Radcliffe's actions, there were few things Videcette could think to say to the actor. 'It was a bit of the surreal moment, I said 'you're Daniel Radcliffe' and he replied 'I am'', he recalled. 'He was a really nice bloke, a lot of stars wouldn't have stopped to help. The victim was very, very shaken up.'

More: When Tom Hardy chased a moped thief through London

No arrest has been made as of yet, though it's only the latest in a string of robberies and assaults committed by thugs on mopeds.