Daniel Radcliffe admits he wondered what it would be like to pick pockets after watching 'Oliver!' and thinks he could get away with it because of his small frame. 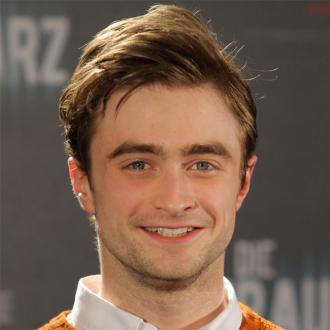 The 'Harry Potter' actor was a big fan of the musical 'Oliver!' growing up - in which young children are recruited to steal from unsuspecting victims - and often wondered what it would be like to commit such an act.

He said: ''If I were to end up in jail for something I would imagine it would be for pick pocketing. I watched 'Oliver!' so many times as a kid that there's a certain glamour that goes with it, so I could easily be led down that road by a Fagin character.''

The 23-year-old star - who is 5 foot 5 inches tall - believes his petite stature would be an advantage when it came to committing the crime.

Daniel could have the perfect victim if he were to ever indulge his fantasy, 'Harry Potter' co-star Sir Michael Gambon.

The actor admits he and Michael, 72, used to tease each other while filming the hit boy wizard films and have been ''getting on each other's nerves for years''.

Quizzed which of his 'Harry Potter' cast mates he'd eat if they were on a desert island, he told Radio 1: ''I think I might go with Michael Gambon. Only for the reason that we've been getting on each other's nerves for years and winding each other up. I think we'd get to the point where he'd make one joke too many and then I'd say, 'Right, Gambon, I'm going to eat you!' ''