Daniel Radcliffe was asked about Jk Rowling's tweet last year in which she said Trump was worse than He-Who-Must-Not-Be-Named.

The 27 year old English actor, who played the Boy Wizard in eight Harry Potter movies between 2001 and 2011, was attending the Empire Live Film Festival this week when he was asked for his take on JK Rowling’s recent tweet that Voldemort is “nowhere near as bad” as the Republican candidate. 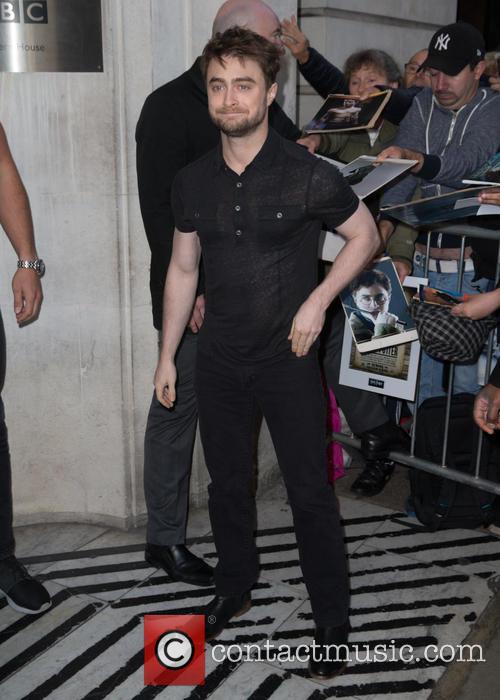 “I sort of think Donald Trump might not be as ideologically pure as Voldemort,” Radcliffe told Sky News on Thursday evening. “My thing on Trump is that he feels like more of an opportunist — like I don’t know how much of this stuff he’s saying he actually, really, really believes… He hides behind the sort of thing of, ‘Oh I’m just an entertainer.’”

However, he hastily added that he didn’t think that Rowling was necessarily wrong. “But that comparison is certainly not without its merits,” he said.

51 year old author Rowling tweeted last December that she felt that Trump – then merely competing to be Republican nominee, now essentially neck-and-neck with Democratic rival Hillary Clinton to get all the way to the White House – was worse than He-Who-Must-Not-Be-Named.

Radcliffe is starring in two upcoming movies: Imperium, where he plays a CIA agent infiltrating a white supremacist group; and Swiss Army Man, which has grabbed headlines because it sees him play a “flatulent corpse”…

It’s been five years since he last played Harry Potter, and he’s already ruled himself out of doing so again in the event that Rowling writes more books following the recent ‘Cursed Child’ play. However, he’s fully supportive of her adding more instalments to the Potter canon – if that’s what she wants.

“If she wants to then fantastic, but I’m not going to pile the pressure on.”

More: Daniel Radcliffe would like to meet his demise on ‘Game of Thrones’