Daniel Radcliffe and Dane DeHaan will reunite for 'College Republicans' with their 'Kill Your Darlings' director John Krokidas. 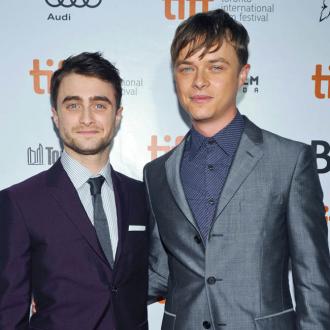 Daniel Radcliffe and Dane DeHaan will reunite for 'College Republicans'.

The pair previously worked together on biographical drama 'Kill Your Darlings' and are set to be joining forces once again with filmmaker John Krokidas who directed the 2013 hit film.

According to TheWrap.com, DeHaan has been cast as aspiring politician Karl Rove who is running a dirty campaign for national College Republican Chairman and is working closely with campaign manager Lee Atwater (Radcliffe).

While Radcliffe's representatives refused to confirm the news they claimed he is considering ''several roles''.

The pair enjoyed working together in on 'Kill Your Darlings' and DeHaan - who was cast as Lucien Carr - complimented his co-star's - who played famed gay poet Allen Ginsberg - kissing ability after they shared several steamy gay love scenes.

It appears the former 'Harry Potter' leading man was just as pleased with his co-star's smooching skills, adding: ''So is he [Dane] - there's no shame in saying that.''