Daniel Radcliffe has insisted he doesn't find acting an ''effort'' as he doesn't ''love anything more'' than his job. 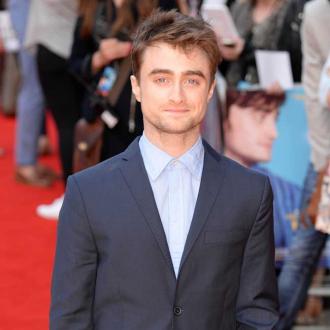 The 'Harry Potter' star has insisted he has no regrets about his career to date as he doesn't ''love anything more'' than his job.

He said: ''Do I regret anything? No for god's sake. It couldn't have been better for me. I don't love anything more than my work. It's not an effort for me.''

When asked if there are any aspects of his job that he does find annoying, he added: ''A hundred interviews per day can be stressful. But it is a part of it.''

And the 26-year-old actor says his feelings towards the industry haven't changed since he was a young boy, having got his first acting job when he was just 10-years-old.

Of his early fame, he shared: ''I never found this stressful. I wanted to work. But to relax I was listening to the Sex Pistols and New York Dolls.''

Daniel also opened up about his drinking in 2010, which he says got so out of control that he suffered a blackout.

He told the German issue of GQ magazine: ''It was a mistake to tell the story to journalists. This happens if you don't have experience [with the media]. You talk about things you should keep to yourself.

''In 2010, I had such a bad blackout that I stopped drinking immediately. Imagine if the paparazzi would have been taking pictures of me in that situation. They did not, luckily.''