First Look At Spielberg's Lincoln: Is That You Daniel Day Lewis? 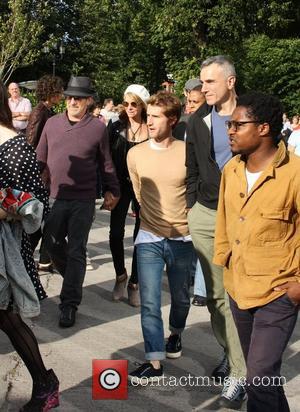 Still images have finally surfaced of Daniel Day Lewis ' 'Lincoln' in Steven Spielberg 's biopic of the former US president and they are causing quite a stir online. The photos posted by Entertainment Weekly show Day Lewis looking uncannily similar to Abe Lincoln and already, with the pedigree of movie talent involved in the film, murmurings of potential Oscars are already starting to do the rounds.
The movie is scheduled for release in November this year and up until now, it had been the glaring omission in the usual rounds of sneak previews, teaser trailers and tantalising movie posters that have been unleashed online for the rest of the year's movie releases. It looks as though the image in question shows Abe on his fateful theatre trip - which he took in the last few moments of his life. The movie has been adapted from Doris Kearns Goodwin's biography of Lincoln, entitled 'Team of Rivals, by Tony Kushner, the same man that adapted the screenplay for 'Munich.' The movie will focus on the final four months of Lincoln's life, during which he tried to abolish slavery through the constitution.
In the movie, Abe's family are played by Joseph Gordon-Levitt, Sally Field and Gulliver MCGrath. Tommy Lee Jones plays his rival Thaddeus Stevens and David Strathairn plays the role of Secretary of State William Seward. Meanwhile, Spielberg has put an end to the rumors regarding Daniel's acting techniques and insists that he did not take the theory of method acting to its extreme, in this case: "Daniel never went into a fugue state. He did not channel Lincoln. All that stuff is just more about gossip than it is about technique," said the director.