Daniel Day-Lewis made history last night by becoming the first person ever to win three Best Actor Oscars at the prestigious ceremony. 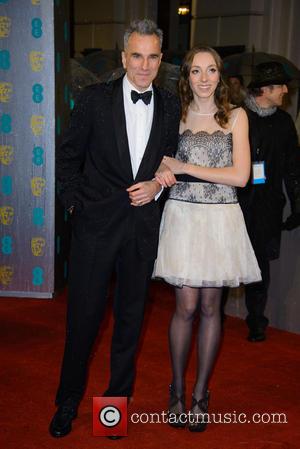 Daniel Day-Lewis could now consider himself to be the greatest actor in the modern era as he became the first person to win three Best Actor Oscars for his role as President Abraham Lincoln in the film Lincoln.

The Brit thespian managed to continue his run of success over awards season, with the Oscar win his 18th award for his portrayal as the 16th US president; a run of success that has included wins at the BAFTAs, Golden Globes and Screen Actors Guild Awards too.

The win places Day-Lewis above Marlon Brando, Dustin Hoffman, Tom Hanks and Jack Nicholson - who presented the award for Best Film (won by Argo) alongside First Lady Michelle Obama - as the most successful male in Oscars history. The renowned method actor previously won the award for his roles in My Left Foot in 1990 and for There Will Be Blood in 2008, having being nominated for the award five times in total.

Argo was another notable win on the night by being the first film since 1989's Driving Miss Daisy to win the top prize at The Oscars without being nominated for Best Director, whilst Adele's theme for Skyfall became the first Bond theme tune to win at the Oscars. Meanwhile Jennifer Lawrence managed to make history herself by being the first person to win the award for Best Actress whilst also holding the title of 'World's Most Likeable Person.'