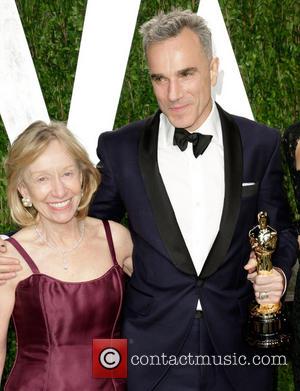 Daniel Day-Lewis has named his acting heroes as part of his role guest-editing a British men's magazine.

The three-times Oscar winner took over Port magazine's editorial content for the upcoming March (13) issue, and for one feature he put together a list of movie stars who inspired his own career.

Day-Lewis named 29 actors and 61 movies, but insisted work on the list is ongoing, writing, "I'm gathering all these things to me like a crazy hoarder, arms around them, fingers clasped, sweeping them towards me, penning them under the roof of this magazine - or like a flailing game show winner given three minutes to ransack the shelves of their favourite department store, who now sits panting on the floor to examine the surprising sum-total of their plunder."

In the list, Day-Lewis cites Hollywood legends Robert De Niro, Richard Burton and Marlon Brando, along with Sir Laurence Olivier, who he claims "might have been a much better actor if he hadn't had that flippant attitude".

He also mentions British Tv actor Phil Davis, who has appeared in shows such as Sherlock, Being Human and Midsomer Murders, as well as a number of British films, and Montgomery Clift, describing him as "an extraordinary actor... Not because he covered a big range, but because he was different."