Why ‘Skyfall’ Could Land James Bond an Oscar Nomination 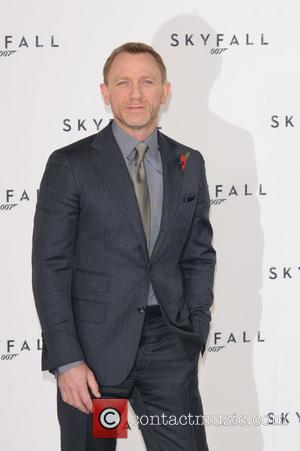 'Skyfall', the new James Bond movie directed by Sam Mendes, hits cinemas on November 9 and already attention is turning to whether or not the picture could snag a surprise Oscar nomination.

'Oscar bait' is a term often used to describe a movie awash with all the key themes that the Academy so readily rewards. For example, they're suckers for epic dramas (Titanic, Gladiator), romance (Shakespeare in Love, The English Patient) and movies packed full of previous Oscar winners (Traffic, The Kings Speech). Oscar bait movies usually hit cinemas at the same time each year- in November or December, wafting themselves under the noses of the Academy just weeks before nominations are announced.

This year, Sony seems to have thrown 'Skyfall' into the fray as Oscar bait, so does the film have a realistic chance of a nomination? Well, as HitFix.com rightly points out, the movie has attached an Oscar winning director in Mendes, an Oscar winning and three time nominated actor in Javier Bardem and an Oscar winning actress and six-time nominee in Judi Dench. Its screenwriter is a three-time nominee while cinematographer Roger Deakins is a nine-time nominee who is almost certain to scoop the prize come February if industry insiders are to be believed. Deakins - best known for his work on just about every Coen Brothers movie - is revered in the movie business and often considered the finest cinematographer of all time. On top of all this, Skyfall's production designer, art director and second unit director have all been handed nominations in the past: i.e - the movie has all the bases covered.

Though missing out on a nomination for Best Picture, Daniel Craig's Casino Royale withstood critical scrutiny and was generally considered one of the most impressive Bond movies for years. Some Academy big wigs reportedly dished that it was their favorite film of the year, though while their hearts said Casino and Craig, their heads ultimately opted for The Departed, The Queen and Babel; Forest Whitaker, Leonardo Dicaprio and Ryan Gosling.

The race for the Oscar for Best Picture is already saturated with strong candidates; Paul Thomas Anderson's The Master will be the critic's choice, though Steven Spielberg's Lincoln appears to possess all the hallmarks of an Oscar winner. Meanwhile, Ben Affleck's Argo is being quietly tipped and Les Miserables is almost guaranteed a nomination. Throw Life of Pi, Moonrise Kingdom, current bookies favorite Beasts Of the Southern Wild and a certain Mr Bond into the mix, and we sure could have one hell of an Oscars come February.