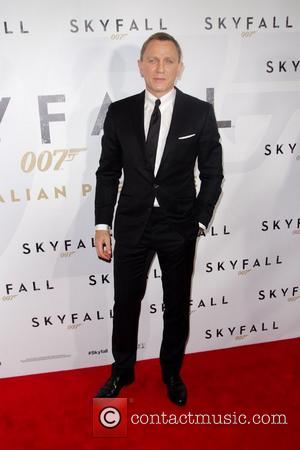 Skyfall, Sam Mendes' critically acclaimed James Bond movie, has taken more than $1 billion at the worldwide box office. The latest film is now the most successful film in British box-office history, though it remains at No.2 on a list of movie gaffes spotted by eagle eyed cinemagoers. They had to go and spoil it.

According to the online list at moviemistakes.com, Skyfall contains 35 gaffes, second only to Men In Black III with 63. Among the most glaring errors include during the opening 'train scene' when Bond's footwear changes from black lace up shoes to black slip on ankle boots. During the thrilling Istanbul chase scene, Eve knocks out of the windshield of her car, though for the rest of the chase, half the glass is back in the frame. In the chase through the tube station, both Bond and his enemy Silva (Javier Bardem) slide down between the escalators, though the London Underground has hard vertical signs to stop people falling. In one of the movie's concluding scenes, Bond reaches the chapel and plunges into the icy water, though he appears to be perfectly dry just seconds later.

The 23rd official Bond film became the first movie ever to take £100 million at the British box office this past weekend, ($1 billion worldwide). Daniel Craig's third Bond movie is STILL on general release more than two months after its release, such is the continuing demand.