Filming halted on 'Spectre' because Daniel Craig has suffered an injury.

Shooting on the James Bond movie Spectre, the follow-up to Skyfall, has halted after Daniel Craig was injured during a fight scene. The 46-year-old is believed to have injured his knee as a punch-up was filmed at Pinewood Studios. 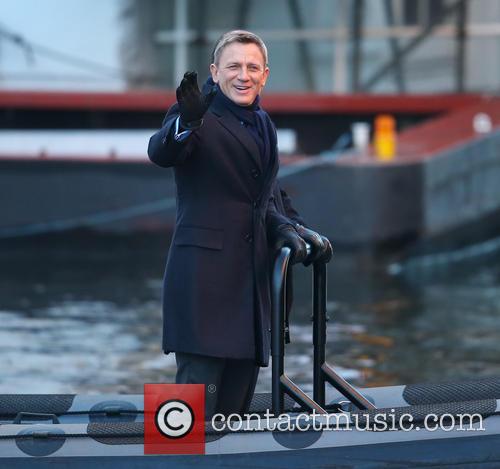 According to The Sun, extras on the scene were sent home as filming came to an premature halt.

"Bond bosses would have been panicking," the newspaper's source said. "Filming deadlines are so tight, any sort of delay can bring mayhem to the schedules. The extras were simply told, 'You can go home - Daniel's injured his knee'."

The injury is not thought to be serious and Craig is expected to return to action at Pinewood tomorrow.

A spokesperson for the production told the paper: "Daniel Craig sustained a knee sprain this week while shooting a fight sequence on the set of Spectre. He will be filming on Saturday as planned."

Last week, it was reported that the city of Rome is about to undertake a major clean-up operation before Sam Mendes and his gang roll into town to shoot key scenes for Spectre. Concerns over the now graffiti-plagued, rubbish strewn city differ greatly from the Eternal City that Spectre wants on-screen. According to pre-production leaks, scenes include night-time car chases through Rome's historic centre and segments shot on the Ponte Sisto pedestrian bridge.

But writing on the Basta Cartelloni blog, campaigners suggest that a number of the city's epic landmarks need urgent attention before the shoot goes ahead.

"With Rome having presumably known the filming dates for months, why have they not yet resolved the issues with the shoot locations?" asks the blog post author. "Were the relevant authorities not alerted in time to allow them to get these walls cleaned? Do Rome's mayor Ignazio Marino, the president of the region Nicola Zingaretti and culture minister Dario Franceschini really want this to be the backdrop for Spectre's filming?"

More: James Bond to return to drinking martinis in Spectre