James Bond Skyfall Premiere: "I've never been to a premiere like this in my life" 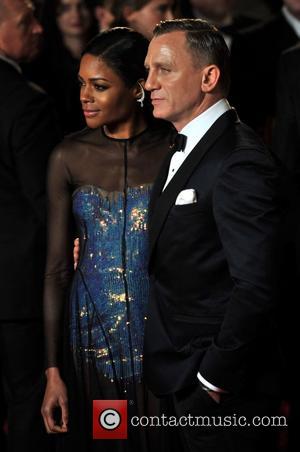 The stars were given a real treat tonight at the James Bond: Skyfall premier at London's Leicester Square.

The film's star, Daniel Craig couldn't quite replicate that British super-spy brand of cool as he wandered about one of the biggest nights of the year. According to The Metro, Craig explained: "'I've never been to a premiere like this in my life. I feel like a kid in a candy shop tonight. It's a pleasure and an honour. I'm immensely proud - it couldn't be a better setting." Craig was in high company indeed, with both royals and celebs turning up to catch the 23rd Bond. Prince Charles and Camilla, the band of HM Royal Marines Portsmouth and even shock rocker Alice Cooper were out for the launch of the new adventure, which is being mooted by many as the best Bond yet. "I'm running most of the time during this film," said Craig, 44, who was talking about getting fit for his topless moments. "Bond doesn't really just walk into a room and sit down, he tends to jump through the window and sit down."

This Bond, which featured a fantastic theme from British songstress Adele, is looking to break a strange Oscars curse for the spy franchise; 007 has failed to impress at the Academy Awards, but will be looking to fight Paul Thomas Anderson's The Master come winter 2013 for the big honours.