Is James Bond Bisexual? Daniel Craig Won’t Give The Game Away 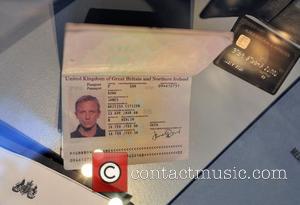 Is James Bond bisexual now? Perhaps he always was! Daniel Craig has previously hinted that he’d be open to Bond having a fluid sexuality and there’s a scene in the latest Bond movie, 'Skyfall' that has really got fans thinking about whether or not the spy hasn’t always just had his eye on those sexy Bond girls.

Movieline asked Daniel Craig at a press conference about the scene in which Bond is faced with Silva (played by Javier Bardem), who strokes the MI6 agent’s chest. In response, Bond says to him “what makes you think this is my first time?” The scene has sparked a great deal of debate online, as to whether Bond is being genuine, or whether he simply trying to psyche out Silva and get out of a tricky situation. Craig told Movieline “I don't see the world in sexual divisions” but then changed the subject to Bardem’s character, saying “someone suggested Silva may be gay” and then joked “”I’m like ‘I think he’ll f*** anything.” Not exactly answering the question, there Daniel! It looks as though the subject of Bond’s sexuality is going to remain the subject of speculation for a little while longer. That pertinent scene seems to pose more questions than it answers.

Rather than taking the matter of Bond’s sexuality seriously – probably knowing that if he did, the ensuing online discussion would most likely break the entire internet – Craig seems content to laugh it off for now and leave it open for discussion, though he’ll be so used to dealing with all the ’Daniel Craig, gay’ rumours that he’ll be used to side-stepping these kinds of queries. “Love that scene," he said "It makes me laugh. I hope it makes you laugh." So: a bisexual Bond? Something to laugh about or something that’s been opened up for future Bond directors to explore?