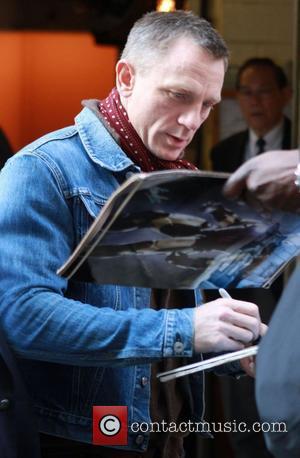 Daniel Craig came up with the idea for the killer in The Girl With The Dragon Tattoo to listen to Enya as he tortured his character in the film after director David Fincher told him he was looking for the perfect tune to "underscore the banality of evil".
The British actor, who plays journalist Mikael Blomkvist in the dark thriller, suggested the ideal track would be Enya's 1988 hit Orinoco Flow and played it to Fincher on his iPod.
The moviemaker recalls, "We knew that we needed a little moment of levity... the villain should walk over and turn on music, because he... doesn't like to hear the screams (of his victims) without hearing his favourite music.
"Daniel Craig hopped up and picked up his iPod and scrolled through it and said, 'Here it is...' We almost p**sed ourselves, we were laughing so hard (but) it wasn't a reflection on the track - it's not like it's part of the serial-killer playlist on iTunes."