Recent reports had suggested that Craig has reversed his position on playing 007, signing up for two more films.

With the release of the highly-anticipated Spectre now imminent, Daniel Craig seems to have changed his tune about the prospects of continuing to be James Bond after recently landing himself in hot water after saying rather “slash his wrists” than play 007 again.

That is to say, he now says he “doesn’t really care” about who will take over as the British spy when he eventually finishes. In the last fortnight, rumours have maintained that Craig has reversed his position and signed up for two more Bond films.

However, when interviewed by The Sun, the 47 year old actor refused to be drawn on what decision he had made. “I have the right to change my mind any time I want to, and sometimes I say things like I did two days after finishing shooting for eight months. I said what was on my mind. That’s the way I’ve always spoken,” he said matter-of-factly. 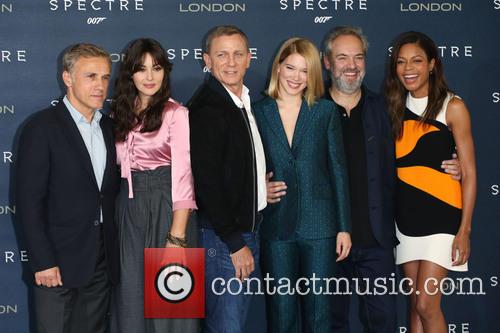 Daniel Craig with the cast of 'Spectre'

Throughout most of 2015, Craig has been widely reported to be disillusioned with the role and the pressures that come with it, despite the rumoured £39 million he’s earned just for his role in Spectre. ‘Luther’ actor Idris Elba and former ‘Homeland’ star Damian Lewis have both been hotly tipped for the role for some time, with the likes of Tom Hardy entering the reckoning recently.

More: The ‘cockiest e-mail in the world’ landed Sam Smith the chance to sing ‘Spectre’ theme

When quizzed about who he thought would make a good successor in the role, Craig remained similarly tight-lipped. “I don’t go on the internet. I don’t listen to gossip and I don’t really care. This is my job and all I am thinking of.”

The BBC also had no luck prising any details out of the actor, for whom Spectre will be the fourth time he’s played Bond since Casino Royale in 2006. When asked if he'd made a decision to carry on in the role, he flatly refused to speculate on his future. “No – this is what's going on at the moment. I'm enjoying this.”

Craig was also left unimpressed by an interview conducted for ITV’s ‘This Morning’ on Thursday (October 22nd), a sentiment shared by many social media users as being excruciatingly awkward. The interviewer repeatedly asked the actor to “pout” for the cameras, which eventually ended with Craig bluntly responded “I think you need to move on”.