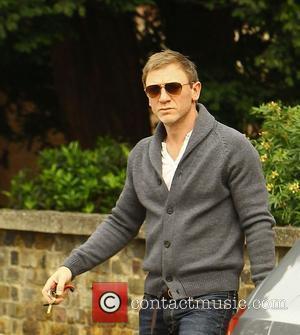 Movie tough-guy Daniel Craig turned chef on the set of Cowboys & Aliens - but quickly ditched the role when the entire crew queued up to sample his tasty food.
The James Bond actor plays wrangler Jake Lonergan alongside Harrison Ford in the upcoming action movie, which is based on the popular 2006 graphic novel, and fellow star Sam Rockwell has revealed Craig showed off his cookery skills whenever filming wrapped for the day.
But the Brit eventually called in caterers when word of his delicious meals spread on the set.
Craig tells Empire magazine, "I cook a few steaks and suddenly there are 50 f**king people there. Then I didn't bother and got some catering people in."