Daniel Craig Was Left Nursing More Than A Bad Knee After Shooting Spectre - His Pride Was Also Hurt When The Scene In Which He Received The Injury Was Cut. 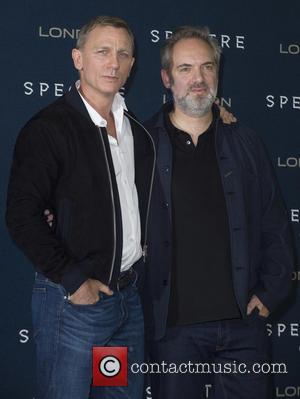 The actor sprained the leg joint while filming a fight scene in Austria for the new Bond movie, and he later underwent surgery in New York and had several weeks off work to recover.

However, when he saw the final cut of the film he realised he had suffered the painful injury in vain as the bone-crunching moment had been left on the cutting room floor.

Daniel tells U.K. talk show host Graham Norton, "I knackered (injured) my knee. Sadly the bit when I did it wasn't in the film. It was really a shame. I had to have surgery but it worked out quite well because everyone got a two-week rest - it was an eight-month shoot so we were all tired out."

Outlining the injuries he has received during his nine years as Bond, Daniel adds, "I've had my right shoulder re-constructed, my right and left knees operated on and my thumb hurts!"