Simon Pegg had revealed that the Bond actor would be making a very short guest appearance as a Stormtrooper in the new movie.

Daniel Craig has rubbished the notion of making a cameo appearance in the forthcoming Star Wars movie, after Simon Pegg let slip by accident that the big screen icon will be making a brief turn as a Stormtrooper.

The James Bond actor, busy putting the finishing touches on his fourth movie as the British spy Spectre, gave pretty short shrift to the rumour when it was raised in an interview with Entertainment Weekly. 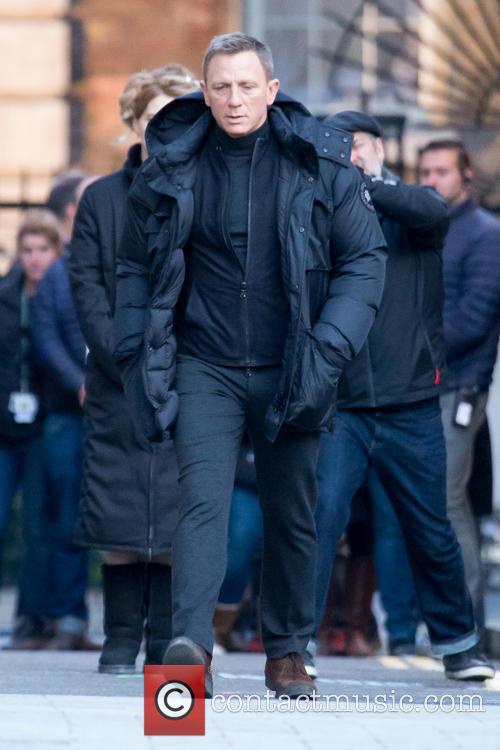 “Why would I ever bother doing something like that? F—ing hell! Pffft. Play an extra in another movie?” the 47 year old British superstar said about the possibility of a short part in the seventh instalment of Star Wars, entitled The Force Awakens. That’ll be a ‘no’ then, will it Daniel?

More: ‘James Bond: The Musical’ is reportedly coming our way

However, later in the interview, Craig seemed to put a question mark over his previous statement, saying “talk to Simon Pegg. He obviously knows way more than I do.” Slyly, he then added “he's just jealous because he's not in Star Wars. He's got some issue with [director Jj Abrams.] I don't know what the f*** it is. You need to talk to Simon about it.”

Er, hang on: Pegg definitely is in Star Wars, Daniel. Perhaps he hasn’t seen the new footage from the anticipated movie that was unveiled at Comic-Con last week, which showed some behind the scenes footage of the British actor.

Pegg revealed at the recent London premiere of his new movie Man Up that Craig might be playing one of the Empire’s white-uniformed henchmen, telling The Sun: “I wasn't a Stormtrooper... Daniel Craig - he was a Stormtrooper!”

Star Wars: The Force Awakens gets a theatrical release on December 18th 2015, while Spectre will be out on October 23rd.

More: Idris Elba answers the James Bond question: “It’s just a rumour. I have no idea.”