Daniel Craig and Sam Mendes can read each other's minds and understand what one another is thinking having worked together so much. 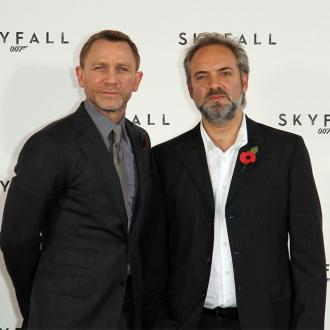 Daniel Craig and Sam Mendes can read each other's minds.

Having made three films together, including two James Bond movies, the friends revealed they have learned how to finish off each other's thoughts without uttering a word.

Daniel said: ''It's true. To go through something with somebody, and having worked incredibly closely as we have on this, it would have been impassable not to. It's been also incredibly calm, on the whole.

'''Skyfall' was quite frenetic, there was a lot going on, there was a lot of pressure on it. This one ['Spectre'] has been bigger and a lot more to do. Our communication thing is a joke, but it's actually very true. There's a lot of things we've not had to say.''

The pair met on the set of 'Road to Perdition', which Sam directed and hand-picked Daniel to star in.

And the friends and collaborators admitted they can communicate ''in noises'' as they are so in tune with one another.

Sam added to Empire magazine: We speak only in noises. There's some truth in that. By the end, you're so tired that you're going (moans) There's a couple of moments where I inhaled to give him a note and he was like, 'I know what you're going to say.'' I didn't even get a note out.