Aussie punk rockers Dangerous! will release their new single, 'Movers N Shakers' on Monday 12th September 2011, just one week before their debut album, 'Teenage Rampage' will be released, on the 19th, through Epitaph Records.

The band are known for their original records that suit the raucous energy of their songs and this one is no exception. The music video is shown as home video style footage of an unruly teenage party, with sex, drugs and rock and roll, attended by none other than the Grim Reaper; it is every bit as loud and rowdy as the song itself.

'Teenage Rampage' was recorded in Los Angeles, with help from the Grammy nominated producer Ulrich Wild, who has previously worked with bands such as Deftones and Pantera. It was mixed by Marc McClusky, who has worked in the past with the rock legends Weezer.

Dangerous! will be performing the UK with a series of dates throughout this month which include a support slot with the bands 'Young Guns' and 'Japanese Voyeurs' and a co-headline run with the 'James Cleaver Quintet'. The band will also hold a special Album Release Party at Notting Hill Arts Club on 20th September. The full dates are as follows:

Dangerous - Not One Of You 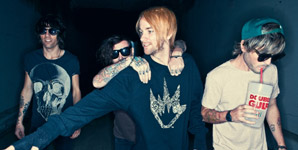 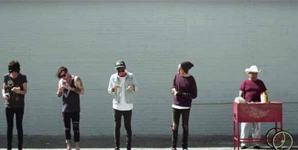