Quote: "I have nothing against marriage, I probably will be married eventually (but) I haven't met the right person... The great thing about being older is you know immediately; you don't wanna waste your time." Actress Dana Delany, 56, is still hoping for a husband. The former Desperate Housewives star has never wed.

Quote: "Yoga and wine... I've never been married and (I have) no kids. I think that's the answer. I live a very selfish existence; I do whatever I want." Birthday girl Dana Delany on her youthful looks. The star turned 56 on Tuesday (13Mar12).

Quote: It's an honour to be able to see one of those things because it's like a secret club. I mean, how often do you get to see what's inside yourself...? It's so beautiful and awe-inspiring that you feel like you've been given this gift... They let me help out. I had the buzzsaw and I opened the cranium and I took the brain out... and they let me section the testicles." Actress Dana Delany on researching her new TV role as a medical examiner on Body of Proof by performing real-life autopsies.

Quote: "When I was a teenager and in my twenties, I had eating issues. I binged. I starved. I was one step from anorexia - a piece of toast and an apple would be all I would eat in a day." Actress Dana Delany admits her obsession with staying skinny during her youth was a hazard for her health.

Quote: "I saw AMERICAN IDIOT yesterday and I loved it. I totally loved it. I wanted to be on my feet the whole time." Desperate Housewives actress Dana Delany loved letting loose during Green Day's new Broadway musical.

Quote: "It might sound funny, but I wouldn't mind being the female version of him. I can't honestly say I know him, but I've watched him from afar, and I really admire what he does... I like him because he's a responsible human being who loves his life." Desperate Housewives star Dana Delany wants to be the female George Clooney.

Quote: "Even as a little kid, I remember walking around waiting for God to speak to me, to give me the sign that this would be my calling and I would be a nun." Actress Dana Delany was convinced she was destined to become a nun.

Quote: "I like the naked and water; the combination is good." Desperate Housewives star Dana Delany enjoys going skinny-dipping.

Quote: "Whatever issues there were in the beginning have all been worked out, so they all get along fine now." Desperate Housewives star Dana Delany insists her co-stars no longer squabble.

Quote: "I said, 'I'm taking the job because every actress on your show has gotten married,' so I think that's my next adventure." Actress Dana Delany hopes her upcoming stint as a regular on Desperate Housewives will help land her a husband. 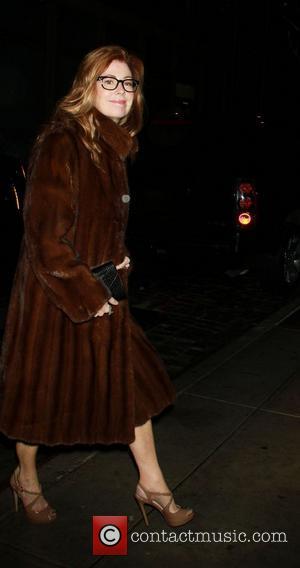 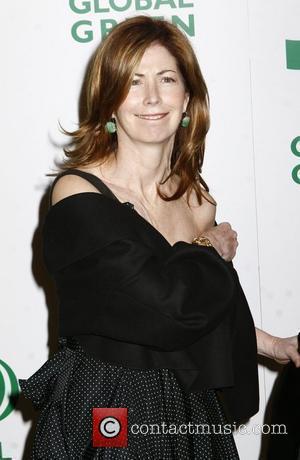