British Actor Dan Stevens Reunited With His Former Downton Abbey Castmates At A Special Tribute Event Held By The British Academy Of Film And Television Arts (Bafta) In London On Tuesday Night (11aug15). 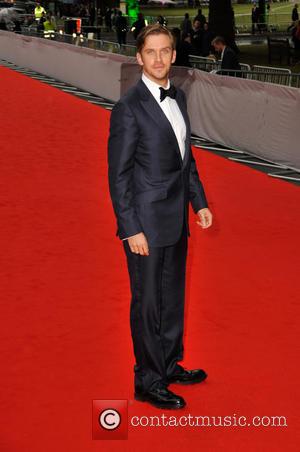 The cast and crew of the hit period drama were honoured with a special award from BAFTA bosses to celebrate its global success.

The event was held as filming on the sixth and final season of the show concluded, and Stevens, who played Matthew Crawley in three series before leaving to pursue a career in Hollywood, rejoined his co-stars on the red carpet.

The award was presented by British actress Julie Walters during a special ceremony at the Richmond Theatre.