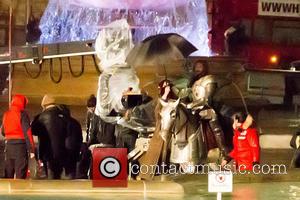 Former Downton Abbey star Dan Stevens has researched details of his birth mother but insists he would never try to track her down.

Stevens, who played Matthew Crawley in the hit Tv drama, was adopted when he was just seven days old and was raised in England and Wales by two teachers. He has a younger brother who was adopted from another family.

Although he is curious about his origins, Stevens is adamant he has no plans to track his mother down, telling Guardian Weekend magazine, "(I have) not (looked) really actively... I've done as much research as I need to do to satisfy my own curiosity.

"I've been a very lucky product of the process of adoption and ended up with really wonderful parents. It's an extraordinary thing, adoption."