Noah Hawley's 'Legion' will be returning for a third season, it's been confirmed.

Marvel Television is truly killing it right now, and there's arguably no Marvel show more enchanting and compelling than FX's 'Legion'. Created by Noah Hawley, and based on the comic books of the same name, the series follows the mutant David, played by Dan Stevens, as he attempts to learn to control his world-shattering powers, all whilst going up against the eerie and villainous Shadow King.

Dan Stevens will return for a third season of 'Legion'

Praised for its incredible visual effects and narrative, 'Legion' is currently airing its second season and now, with just a couple of episodes to go before we reach this year's conclusion, the show has been picked up for a third outing.

It's an amusing exploration of Victorian era holidays.

The new period movie The Man Who Invented Christmas is loosely based on the true story of how Charles Dickens wrote A Christmas Carol in just six weeks, trying to rekindle his career after a series of poorly selling novels. And when it was published in 1843, as the film's title suggests, it changed the way society celebrates the holiday.

Dan Stevens and Christopher Plummer in 'The Man Who Invented Christmas'

Dan Stevens (Legion) plays Dickens in the film, and says that the book has been a favourite for his family. "This book and the idea of this sort of mildly terrifying ghost story, it's brilliant," he says. "And it's a really important one to keep alive. That said, it would be a lot to live up to if we were making A Christmas Carol again. This is an interesting take on it. It's the story behind one of the great cultural moments in Western literature and way that we think about that particular holiday."

Continue reading: Dan Stevens Thinks Dickens Is As Relevant As Ever In 'The Man Who Invented Christmas'

The Man Who Invented Christmas Review

There's a somewhat contrived jauntiness to this blending of fact and fiction that may leave cynical audiences annoyed. But for those who leave their bah-humbug attitudes at home, it's a wonderfully entertaining take on a classic. In 1843, when Charles Dickens wrote A Christmas Carol, the holiday was a fairly low-key religious festival. But the book helped create a cultural phenomenon that is still growing. And this enjoyable film recounts how it was written in six short weeks.

At the time, Dickens (Legion's Dan Stevens) was Britain's most famous author. But his last three novels failed to sell. Desperate for a hit due to financial pressures, he decides to write a Christmas book, something that had never really been done. But he's distracted by the fact that his wife Kate (Morfydd Clark) is pregnant and his parents (Jonathan Pryce and Ger Ryan) have dropped in for a noisy visit. As he plans this new book, the central figure of Scrooge (Christopher Plummer) is inspired by someone he meets, as are the rest of the story's characters and settings. But he's struggling to complete the tale, and time is running short.

The film basically proves the resilience of Dickens' iconic novella, because it has remarkable power even when turned inside-out by this script. Director Bharat Nalluri (Miss Pettigrew Lives for a Day) gives the film a twinkly, often comical tone but doesn't shy away from the darker corners or some strongly emotional moments. And the script includes quite a bit of biographical detail about Dickens' life without making it too melodramatic. With his book, Dickens wanted to address Britain's harsh labour practices and the greediness of capitalism, urging people to be kinder to each other. So he reinvented Christmas as a time of year to reach out to those less fortunate.

Charles Dickens might be one of the most legendary authors in history, but it wasn't always plain sailing for him. In fact, ahead of the release of his 1843 novella 'A Christmas Carol', his career was already suffering. Dan Stevens plays the author in 'The Man Who Invented Christmas'; a tale all about how he went from failing writer to a festive miracle.

It's the early 1840s and London author Charles Dickens (Dan Stevens) is suffering a bad case of writer's block. His last three books have been total flops, and the pressure to write a magical new story to grip the public has never been so high.

Before long, however, his new tale begins to develop in his head; a Christmas story about a miser named Ebenezer Scrooge (personified by Christopher Plummer) who is challenged by a series of mysterious apparitions. The characters develop beautifully, but before long he starts to hit another roadblock when he can't work out how to finish it.

Thurgood Marshall (Chadwick Boseman) is well known for becoming the first African American Supreme Court Justice in 1967, following his instrumental involvement in the Brown v. Board of Education case, desegragating schools in America once and for all in 1954. Before then though, he was an attorney - an unusual profession for a black man at the time, especially one whose great grandfather was a slave.

In one of his first cases, he was asked to defend a fellow black man named Joseph Spell, who had been arrested for the alleged assault against a white female socialite named Janet Moore. It was Thurgood's job to prove the man's innocence, and that he was being wrongly targeted for his race. A fair trial was rare for an African American in the 1930s, so the pressure was truly on; it becomes especially difficult when Spell is forced to lie to protect his own life.

Of course, it's not all plain sailing for Thurgood. He may be educated, but the streets are still a dangerous place for him - as his new partner, a white man named Sam Friedman (Josh Gad), learns first hand as he is beaten for associating with him.

Beauty And The Beast - Featurettes

Stars Emma Watson, Dan Stevens, Gugu Mbatha-Raw and Josh Gad together with director Bill Condon open up about the uniqueness of Belle as a Disney princess in the new 'Beauty and the Beast' film, how important she is for 21st century women as a role model - industrious, learned and courageous as she is - and why Emma is the perfect choice for the role.

Plus, you can get a glimpse of what the rest of the cast - Ewan McGregor, Ian McKellen and Luke Evans - have to say about the sheer craftsmanship in bringing the 1991 Disney animation to life, as well as the glorious music behind it.

Playing Belle is a dream role for Watson.

Emma Watson has loved Beauty and the Beast since she was four years old. The original Disney film was released in 1990, the same year Watson was born, and the actress has always felt a connection to the feisty, independent Belle.

But now the 26-year-old is seeing her own fairytale come true, as she stars as Belle in the live-action reimagining of Beauty and the Beast. For her, the film’s unconventional love story sets it apart from other fairytales, while Belle is unlike any other Disney princess.

Emma Watson as Belle and Dan Stevens as the Beast

Continue reading: Emma Watson On Her Connection To Belle And The Unconventional Love Story Of 'Beauty And The Beast'

The live action remake is headed to cinemas in 2017.

Thanks Josh Gad for making our day! Yes the Frozen actor has just put a mid-week smile on many a face as he’s shared the first cast picture from the upcoming live action remake of Beauty and the Beast. The real life Olaf shared the image on Instagram, captioning the snap, “Can't wait for you to be our guest.”

Watson will star as Belle in the live action remake.

Posing with Gad in the pic is Emma Watson who will of course be playing Belle, former ‘Downton Abbey’ star Dan Stevens who’ll star as the Beast, Luke Evans who is his love rival Gaston and Kevin Kline who plays Belle’s father Maurice. Gad will star as Gaston’s sidekick Le Fou in the remake, which is due to begin filming later next month.

Continue reading: The First Picture Of Emma Watson And The Rest Of The 'Beauty And The Beast' Cast Has Arrived

Guess Which Other Disney Classic Is Being Turned Into A Live-Action Movie?

'Beauty and the Beast', 'The Jungle Book', 'Dumbo' and 'Mulan' are already getting the live-action treatment, so which animation is up next?

Great... Another Disney classic is being changed into a live-action movie. Barely a week goes by in which we're not reporting yet another animation is being revamped. We're already hearing reports that production of Beauty and the Beast, starring Emma Watson and Dan Stevens, is underway and others that Dumbo, Winnie The Pooh, The Jungle Book and Mulan are all being made into live-action films. It may not be original but, if we look at $758 million Maleficent raked in and Cinderella's recent success, it is hugely profitable. 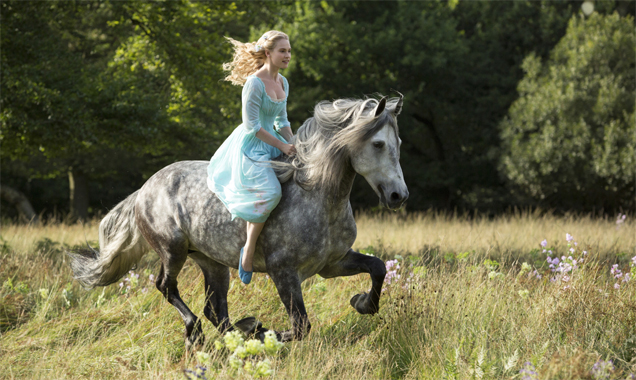 Continue reading: Guess Which Other Disney Classic Is Being Turned Into A Live-Action Movie?

Dan Stevens and wife Susie Hariet - Stars from the latest in the Night at the Museum series of movies 'Night At The Museum: Secret Of The Tomb' were photographed as they took to the red carpet for the UK film premiere of the film which was held at the Empire in Leicester Square, London, United Kingdom - Monday 15th December 2014 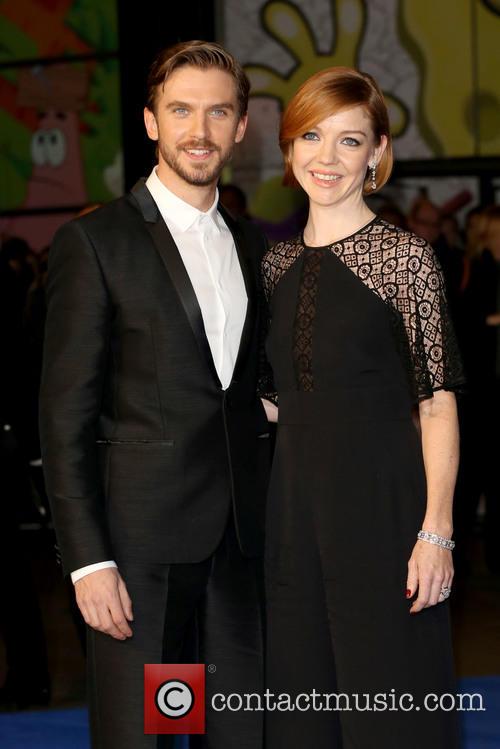 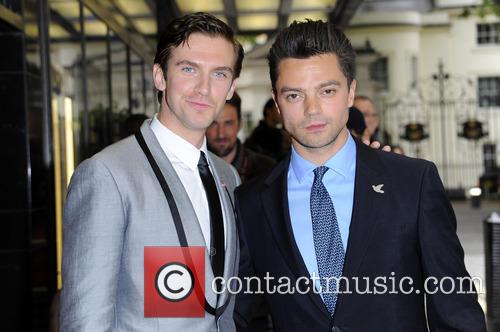 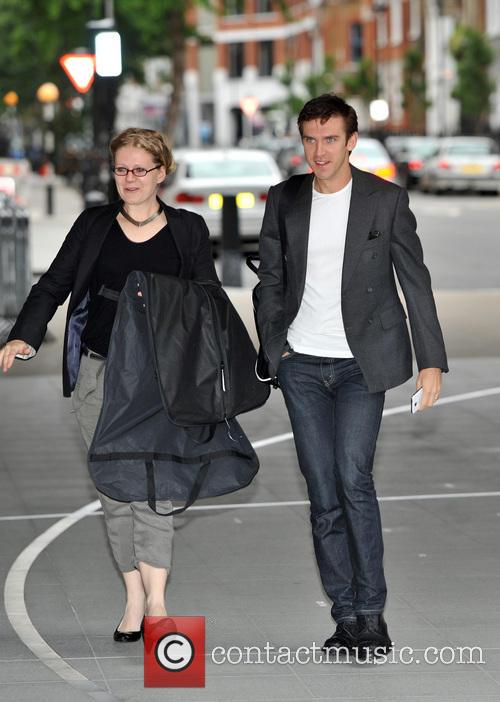 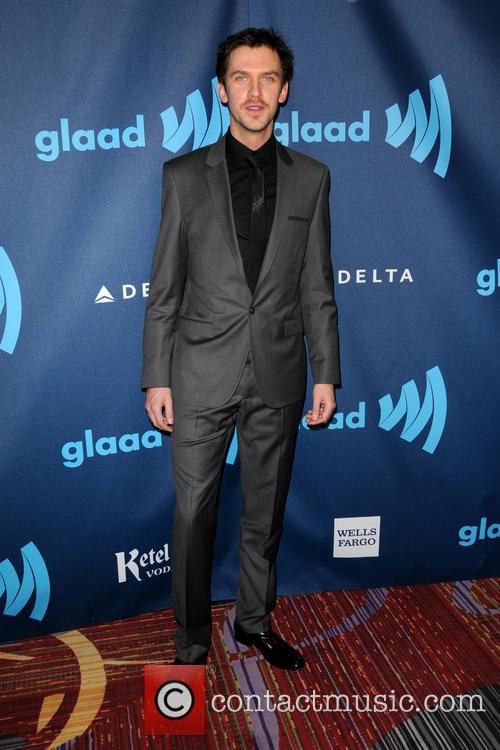 Dan Stevens Yet To Catch Season Four Of Downton Abbey

Are Tesco Finest and Downton Abbey A Match Made in Heaven?