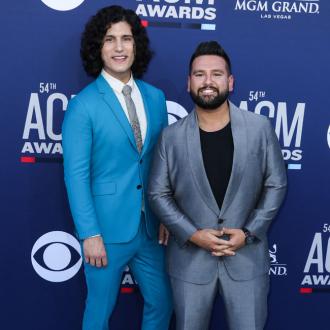 Dan + Shay, Kelsea Ballerini, and Luke Combs are among the stars who lead the nominations for the CMT Music Awards.

The trio are all up for three prizes apiece at this year's event, including the coveted Video of the Year accolade, for which Ashley McBryde, Sam Hunt and Thomas Rhett - who are also up for a hat-trick of gongs - are also nominated.

But they are set to face stiff competition from the likes of Keith Urban, Little Big Town, Miranda Lambert, Old Dominion, and Tanya Tucker, who are all up for the Video of the Year award.

The Chicks - who are formerly known as Dixie Chicks - also have a nod in the category.

They are up for two accolades, Video of the Year and Group Video Of The Year, both for 'Gaslighter', meaning they have landed their first CMT nods since 2007.

Carrie Underwood has been nominated in the Female Video of the Year category for 'Drinking Alone', and she will go up against the likes of Ashley, Kelsea, Miranda, Maren Morris, and Gabby Barrett.

Over in the Male Video of the Year category, Luke will face off against his namesake Luke Bryan, as well as Jason Aldean, Morgan Wallen, Sam, and Thomas.

Other nods include Sheryl Crow and Chris Stapleton's nomination for CMT Performance of the Year for 'Tell Me When It's Over'. They are up against Kelsea and Halsey's 'Graveyard', among others.

Nominations for the show, which is due to take place on October 21st and will be broadcast across six networks, were announced on Instagram Reels - a first for a major US awards show.

Video Of The Year

Blanco Brown - 'The Git Up'

Old Dominion - 'Some People Do'

Female Video Of The Year

Male Video Of The Year

Jason Aldean - 'Got What I Got'

Luke Combs - 'Even Though I'm Leaving'

Group Video Of The Year

Duo Video Of The Year

Breakthrough Video Of The Year

Blanco Brown - 'The Git Up'

Ingrid Andress - 'More Hearts Than Mine'

Travis Denning - 'After a Few'

Collaborative Video Of The Year

Blake Shelton with Gwen Stefani - 'Nobody But You'

Carly Pearce and Lee Brice - 'I Hope You're Happy Now'

CMT Performance Of The Year

From CMT Artists of the Year: Ashley McBryde - 'One Night Standards'

From CMT Artists of the Year: Chris Young - 'Drowning'

From CMT Artists of the Year: Sam Hunt - 'Fancy'

From CMT Crossroads: Sheryl Crow and Chris Stapleton - 'Tell Me When It's Over' 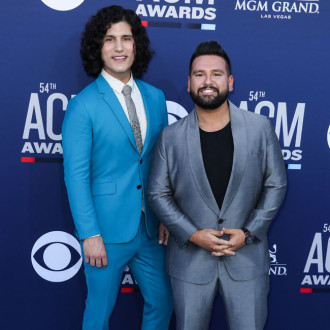