Fresh from winning two Juno awards, Dan Mangan arrived in Brighton for the first of his UK shows to support his third record Oh Fortune. Mangan's appeal is growing quickly outside of his native Canada, and for the small but sold out audience on the south coast, it was a chance to experience an intimate evening with a man who has much larger stages to play on the horizon.

With a crowd suitably warmed up by the hometown talents of cellist Abi Wade, and the prog rock of Toronto based Zeus (including a surreal cover of Genesis staple 'That's All'), Mangan unassumingly appeared on the small stage. Dressed in a army style medic's shirt, complete with a red cross on the back, you could be forgiven for thinking that Mangan had arrived to dish out some musical first aid. In many ways over the next hour he did, although I suspect his dress code was also a sly nod to recent single 'Post War Blues'.

Starting his pre-birthday show with a jazzy and slow burning instrumental piece was also a brave move. Thematically it fitted with much of the material from the most recent record, but it also demonstrated to the assembled crowd of no more than 250 just how big his band could sound in such a small space. The set that followed was heavily indebted to tracks from Oh Fortune, showcasing the talents of his one man brass section, although earlier material sat comfortably alongside these tracks..

It was also a set with a heart. Two songs in particular were delivered with heartbreaking sincerity midway through the evening. Mangan explained how his view on life was changed when he was sent on a trip to Guatemala by his mother. She was keen for him to not grow up as a 'brat' in the comfortable surroundings of suburban Vancouver and so at the age of 17 Mangan saw first hand the aftermath of civil war in the Central American country. That experience informed the melancholy lyrics of 'Starts With Them, Ends With Us'. The second track in this one-two gut punch was 'Basket' which reflects on the twilight of a life and was here dedicated to Mangan's dead grandfather.

However, despite these more emotionally revealing moments, there was also room for joyous singalongs. 'Robots' and Oh Fortune standout track 'Rows Of Houses' closed the main part of the set with suitably raucous audience participation. Mangan then invited members of Zeus on to the stage for part of a memorable encore. In the knowledge that Mangan was within hours of turning 29 he seemingly turned the final few songs into an impromptu party. This included a homage to one of his musical heroes Elliott Smith (a cover version of XO's 'Waltz #2), and a final acoustic number, during which he stood on a stool in the middle of the crowd while orchestrating the room in choruses of ooh's and aah's.

There's very little to fault Mangan on then, he's managed to get a band of 5 musicians to sound even bigger than they did in the studio. He's also managed to balance songs with a conscience with those that demonstrate a more celebratory and lighter touch. With larger venues and festival performances in the months ahead, Mangan's show will be a little less personal, but it will still be sure to win him over some new fans. 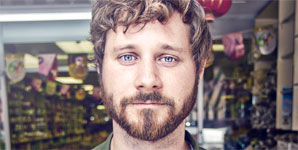 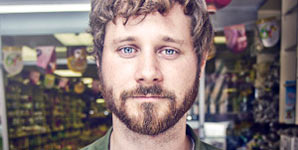