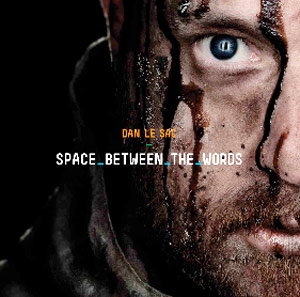 Fans of his long-standing partnership with Scroobius Pip needn't worry, he doesn't mean the last part - in fact they have gigs forthcoming - he's just reveling in his creative reinvigoration. Taking a step sideways from the percussive atmospherics that were the backdrop to Pip's words on Top 40 albums 'Angles' (2008) and 'The Logic of Chance' (2010), Dan embraces everything from electro-pop to psychedelia, all accompanied by an impressive array of vocal talent.

Along the way he lets the spotlight fall on some wonderful, fresh new vocalists, as well as working with one of his musical heroes, the cult electronic folk singer Merz, who appears on the album's opening number, a pulsing house-pop gem, 'Long Night of Life' and the lush melodic song 'Zephyr' that seems to have escaped from the late 1960s via le sac's electronica time machine.

Dan hasn't veered completely away from rap and spoken word as the groovy, chatted 'Tuning' shows, a collaboration with long-term peer and poet Joshua Idehen. There are also two songs featuring rising mic-master B. Dolan, the bass-punching party tune 'Good Time Gang War' and the crafty, crunk-tinted smasher, 'Caretaker'. "In the last year or so," Dan admits, "B. Dolan has become my favourite rapper of all time. He has that real rap thugginess but he's also really intense about how he writes, intellectual but with the sense of humour you'd expect from a big, New England, baldy, bearded bloke."

An established name who contributes her unique voice to 'Space Between The Words' is Emma-Lee Moss. 'Memorial' is a delightful surprise, it has a touch of Shirley Bassey Bond theme about it, albeit filtered through clubbier beats. 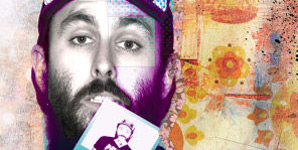 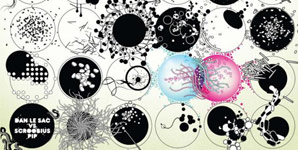 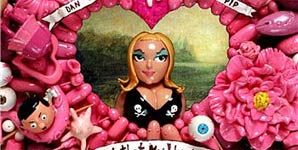