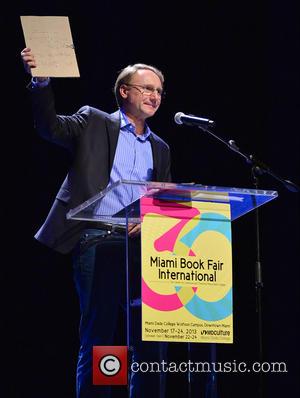 The court of appeal has backed the author of The Da Vinci Code after rejecting an appeal from two historians who said Dan Brown had lifted their ideas.

Brown became one of the biggest-selling authors in the world after the smash-hit success of his book, spawning numerous imitators, a welter of merchandise and also a Hollywood film.

However Michael Baigent and Richard Leigh, who wrote The Holy Blood and the Holy Grail, claimed the American writer had in fact taken some of the central themes from their non-fiction book  published in the early 1980s - and reproduced them.

At an original hearing in April 2006 the high court ruled Brown could not face damages on the basis of copyright, with the judge at the time using a code of his own to deliver the verdict.

Nevertheless the two authors continued with their claim against publisher Random House, launching an appeal which was today rejected.

The decision leaves Baigent and Leigh facing a hefty legal bill of up to £3 million, but in a joint statement the duo maintained there was a principle involved in what they said was the manipulation of non-fiction for novels.

In both Brown's novel and the book produced by Baigent and Leigh the central premise is that Jesus and Mary Magdalene had a child together, with descendants of the 'couple' still surviving.

Gail Rebuck, who heads up Random House which published both books, said the decision was the right one.

"Misguided claims like the one that we have faced, and the appeal, are not good for authors, and not good for publishers.

"But we are glad that the court of appeal has upheld the original judgment and that, once again, common sense and justice have prevailed, helping to ensure the future of creative writing in the UK," she said.