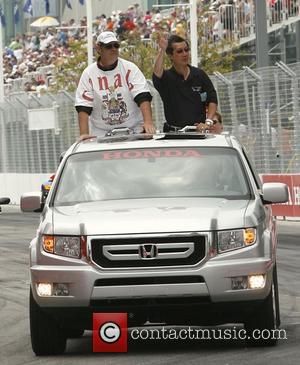 Ghostbusters 3 will begin production in the spring of 2012, according to actor Dan Aykroyd, who also hinted the movie will go ahead with or without main star Bill Murray. The future of the project had thought to have rested on Murray's involvement, although Akyroyd claims that is no longer the case.
Speaking on 'The Dennis Miller' radio show, the actor discussed the probability of Murray's appearance, saying, ".we will be doing the movie, and hopefully with Mr. Murray. That is our hope. We have an excellent script, and what we have to remember is that 'Ghostbusters' is bigger than any one component". Akyroyd acknowledged that Murray was "the lead" and "massive" to the movie, but added, "The concept is much bigger than any individual role, and the promise of 'Ghostbusters 3' is that we get to hand the equipment and the franchise down to new blood". When pushed on details of the "new blood", the actor mentioned the Criminal Minds star Matthew Gray Gubler and confirmed the new additions would include three actors and one actress.
Murray, one of the most popular actors in Hollywood, has frequently distanced himself from Ghostbusters 3 and once quipped he would only appear if they killed his character off in the first reel.