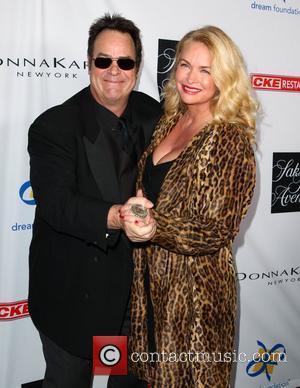 The third Ghostbusters film has become one of the most long-awaited sequels in cinematic history. Dan Aykroyd is thought to have written a script for it in the 1990s but it is only in recent years that the project seems to be coming to fruition. With recent reports suggesting that Bill Murray would not be re-joining his original spectre-hunting cast members in the remake, it looks as though Aykroyd will have to search for a replacement for his former co-star.
Details for Ghostbusters III on the imdb.com website seem to suggest that Dan Aykroyd, Ernie Hudson and Harold Ramis would all be on board with the show, though the site also has Bill Murray listed as the actor to play the role of Dr. Peter Venkman. Sigourney Weaver is also rumored be to be reprising her role as Dana Barrett, as well. Anna Faris is thought to be one of the potential new cast members, though her role is not yet known. It is over 22 years since Ghostbusters II was released - five years after the original Ghostbusters film hit cinema screens across the world.
Later this year, Bill Murray will be seen in Wes Anderson's Moonrise Kingdom, alongside and all-star cast that includes Edward Norton, Bruce Willis, Tilda Swinton, Harvey Keitel and Frances McDormand. Wes Anderson has built himself a successful reputation for writing and directing films such as The Royal Tenembaums, The Life Aquatic with Steve Zissou and Rushmore - all of which have become an underground success.