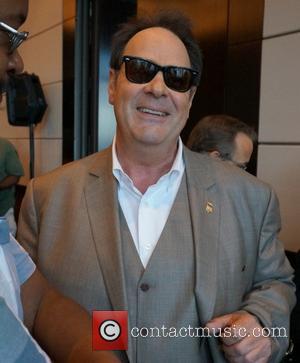 Dan Aykroyd has added his tribute to late friend and co-star James Garner, branding him a "first class actor and man".

The old pals teamed up with another movie great, the late Jack Lemmon, for 1996 adventure comedy My Fellow Americans and Aykroyd admits he will cherish the time he spent with The Rockford Files star, who died on Saturday (19Jul14).

Remembering Garner during an appearance on U.S. breakfast show Today on Monday (21Jul14), the Ghostbusters star said, "What a classy guy. He was just the old school Hollywood. Gracious and generous...

"(He had) no pretensions at all. (I) got to work with him and Jack Lemmon in that picture My Fellow Americans, and James was just first class; (a) first class actor and man... He will be missed."

Moviemaker Ron Howard, singer/songwriter Carole King, actress Marlee Matlin and Garner's Tv granddaughter Kaley Cuoco from 8 Simple Rules were among the first celebrities to offer up their tributes after news of the 86 year old's death broke on Sunday (20Jul14).