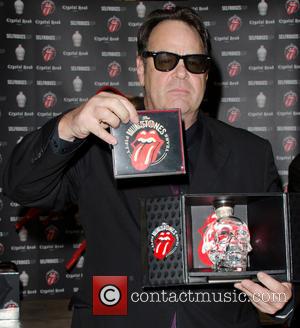 Actor Dan Aykroyd has lost his bid to shut down a Blues Brothers tribute show in the Netherlands.

The funnyman and his late sidekick John Belushi's widow Judith joined forces in an attempt to halt touring show I'm a Soul Man - a Tribute to the Blues Brothers, but lawmakers at The Hague District Court have ruled the couple cannot claim ownership for a suited look that has been adopted by bluesmen for decades, according to The Hollywood Reporter.

Aykroyd argued that he and Belushi came up with the Blues Brothers' style and swagger on U.S. comedy show Saturday Night Live and maintained the look for a cult 1980 film, but the officials refused to shut down the Dutch gigs, which feature Canadian brothers G. and C. Dahl.

The plaintiffs also failed to convince court officials that elements from the show, including spoken lines and cameos by Aretha Franklin and James Brown lookalikes, were lifted from the Blues Brothers film.

Announcing his decision in court, Judge M.P.M. Loos said, "The claimants did not contest that the appearance of Jake and Elwood Blues, namely a duo wearing a black suit, with a white shirt, black tie, white socks, black shoes, black sunglasses, black 'pigskin' hats and sideburns are similar to the dress style of a number of blues legends from the 1950s, such as Reverend Gary Davis and John Lee Hooker.

"The claimants even stated at the hearing that Aykroyd and Belushi were inspired for The Blues Brothers by the performers of the so-called hipster style of Electric Blues performers from Chicago.

"The Dutch Copyright Act does not grant exclusive right to a person working on the basis of his own distinctive style. This judgment is based on the idea that copyright protection of abstract forms such as distinctive style features would entail an intolerable restriction on the creative freedom of an author and would therefore act as a brake on cultural developments."