It's exactly 40 years since the embryonic 'Blues Brothers' made their appearance on Steve Martin's 'Saturday Night Live'.

Dan Aykroyd is working with John Belushi’s widow to make a re-boot of their legendary movie The Blues Brothers as a primetime animated series, which they intend to pitch to networks and streaming platforms soon, according to a new report. 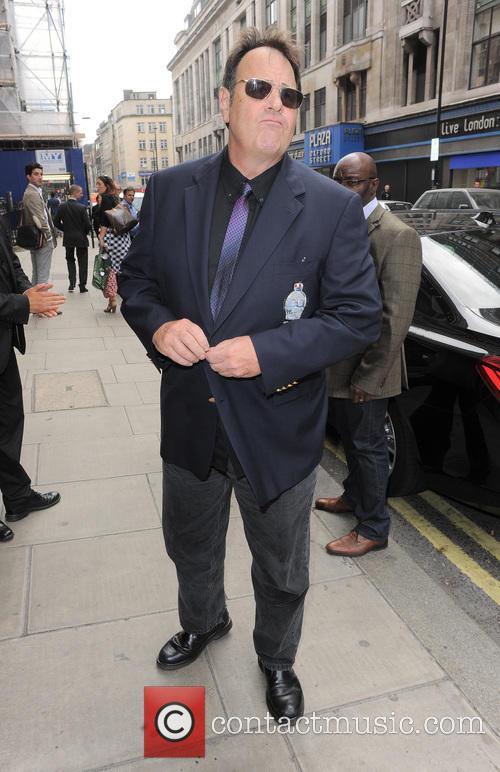 It will apparently see Jake and Elwood Blues placed in a contemporary setting but with their familiar mission statement, “utilizing all new technology to make and promote their own records, seek out and record new artists and avoid law enforcement — and all while fighting for truth, justice and a better breakfast sandwich,” according to Aykroyd.

The usual welter of soul, blues and R&B hits familiar to fans of the original 1980 movie will be performed by the brothers during the new animated adventures, along with a number of new performances of more recent songs recorded exclusively for the series.

More: ‘Ghostbusters’ reboot is YouTube’s most disliked trailer of all time

The Blues Brothers, which has since become a comedy classic, originated on ‘Saturday Night Live’ exactly 40 years ago back in 1976, when Aykroyd and Belushi donned the famous Wayfarers and performed as ‘Howard Shore and the All-Bee Band’ on an episode of ‘SNL’ hosted by Steve Martin.

Two years later, the show’s in-house pianist and composer Paul Shaffer put together an all-star band of Stax session musicians to open on a series of live dates for Martin, and the same band recorded an album called Briefcase Full of Blues.

While a sequel called Blues Brothers 2000 was released to disappointing critical reception, with John Goodman replacing the late Belushi who died in 1982, attempts to re-boot The Blues Brothers have not been successful, with proposed series in 1998 and 2011 failing to find a home on network TV. With the rise of streaming platforms, however, Aykroyd and Belushi’s widow might get the green-light this time around.