The original Ghostbuster will have a small cameo in the upcoming all female reboot.

Dan Aykroyd has confirmed he will be making a cameo in the upcoming Ghostbusters reboot which stars Melissa McCarthy, Leslie Jones, Kate McKinnon and Kristen Wiig. The 63 year old actor played Dr. Raymond Stantz in the franchise’s original 1984 movie and later reprised the role in 1989 sequel Ghostbusters II. 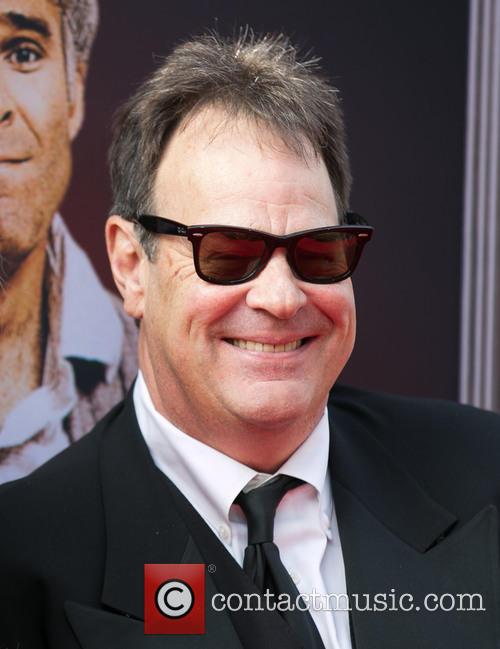 Dan Aykroyd will appear in the upcoming Ghostbusters reboot.

In a now deleted tweet Aykroyd wrote, "On GB set shooting my scene with funny beautiful Kristen Wiig lady GB'S are adorable, hilarious and badass Exhilarating! #ghostbusters.” The actor’s cameo has since been confirmed by his reps to Entertainment Weekly, with no other details on the been provided.

However on Tuesday website Indie Revolver were the first to report that Aykroyd was on the Ghostbusters’ set, revealing that he had been filming with Kristen Wiig. According to the website the actor filmed a scene where Wiig’s character, paranormal expert Erin Gilbert, tries and fails to hail Aykroyd’s cab.

At some point in the scene Aykroyd is said to have thrown out the iconic line, "I ain't afraid of no ghosts!" while driving off, with Wiig yelling back, "That's a double negative! That means you are afraid of ghosts!” It’s unclear wether Aykroyd will be the only original Ghostbuster to appear in the upcoming Paul Feig directed movie, or if we might see an appearance from Ernie Hudson or Bill Murray.

Aykroyd has always publicly supported the female-led reboot and when production began on the film in June, the actor tweeted, "Principal photography on GB III has begun. My heart soars for Melissa, Kristen, Kate, Leslie & Paul who are about to have the time of their lives…" Ghostbusters is scheduled for release on July 22, 2016.